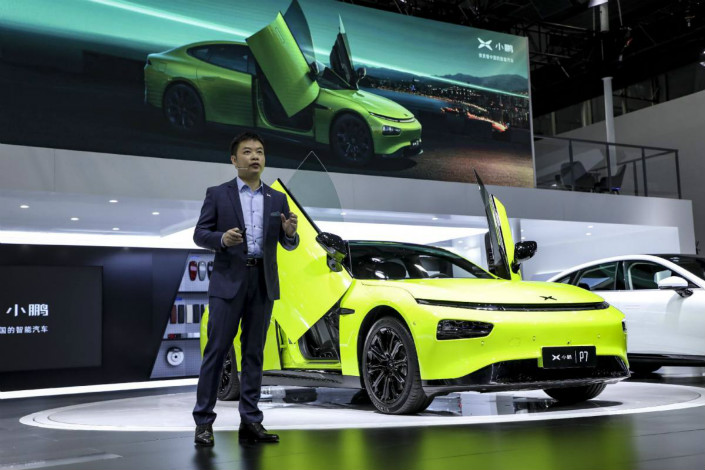 U.S.-listed Chinese electric vehicle startup Xpeng has taken a big step toward becoming a global powerhouse by making its first exports to Norway.

The first 100 Xpeng G3 electric sport utility vehicles are being delivered to customers from 28 Norwegian cities and towns, some of which are located above the Arctic Circle, the company said in a statement on Monday.

Sold for a starting price of 358,000 krone ($41,000), the Norwegian version of the G3 electric vehicle features an AI-powered voice assistant, smart navigation and app-enabled remote control, according to the statement.

Some internet users hailed the sales as a landmark step for Xpeng toward becoming a global brand, while others questioned whether the car’s batteries could endure in Norway’s cold climate. The G3 can run 520 kilometers on a single charge, according to Xpeng.

The Guangzhou-based firm is also planning to launch its higher-priced long-range P7 electric sports sedan in Europe to take advantage of favorable industry policies, advanced charging infrastructure and high awareness of electric cars within the next 12 months, the company said.

Xpeng went public on the New York Stock Exchange in August, and has seen its stock triple since then on bullish market sentiment toward the new energy vehicle industry.

Currently, Xpeng is selling two models, the G3 and the P7, with the latter built at the company’s wholly owned factory in the southern Chinese city of Zhaoqing. In November it delivered 4,224 vehicles, up 342% year-on-year.