In Depth: Audio Apps Rise in China, as Beijing Listens In

Trending in China: Entertainers Call for Boycott of Copycat Screenwriters 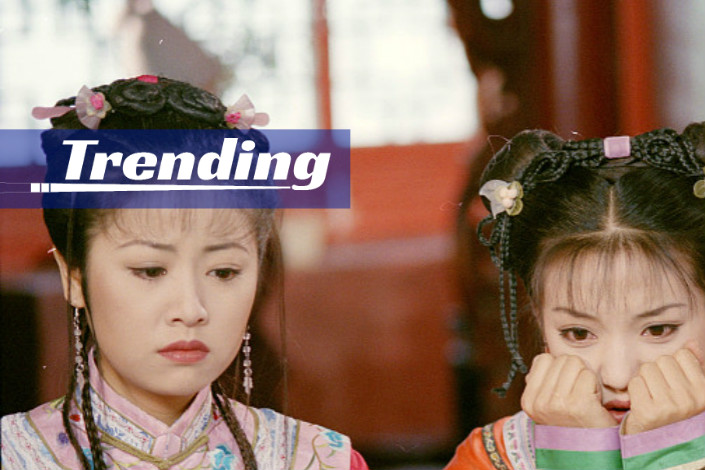 111 film and television professionals in China have signed a joint letter calling for a boycott of Yu Zheng, 42, and Guo Jingming, 37, two screenwriters famous for teen-oriented shows who have been found guilty in the past of plagiarism. The hashtag #111-film-and-television-professionals-jointly-boycott-Yu-Zheng-and-Guo-Jingming# has been viewed over 100 million times on Weibo.

Yu and Guo are active players in Chinese entertainment who have recently appeared on reality shows as tutors. However, many in the industry believe they should not become role models and gain such public exposure because of their history of plagiarism. The group of their peers expressed anger and worries for the future of the industry in a public letter.

Qiong Yao, screenwriter of the hit show My Fair Princess (还珠格格), is among those who signed the letter. In 2014, she successfully sued Yu for copying from her bestselling book “Mei Hua Lao.” In 2006, Guo was also found guilty by a Beijing court of plagiarising Zhuang Yu's novel, “Quan Li Quan Wai”.

Yu and Guo have served in a wide range of positions over the years, including as producers, directors, screenwriters and tutors. Yu gained his reputation in a time-travel series in which female protagonists landed in ancient dynasties and developed romantic relationships with the imperial court. Guo has focused on surreal fantasies and urban romances. His bestseller “Tiny Times” was adapted for the screen, with the subsequent franchise earning around 1.8 billion yuan ($275 million) at the box office.

Some people on Chinese social media are all for the boycott. One comment read that “the thieves of art and culture should not show their faces on TV. How come they became tutors for actors?”

But some also noted that people who live in glass houses shouldn’t throw stones. “Some of the 111 who signed were plagiarizers themselves! They are not in the clear either. They voiced their objections only because Yu and Guo got in the way of their interests,” read one comment.