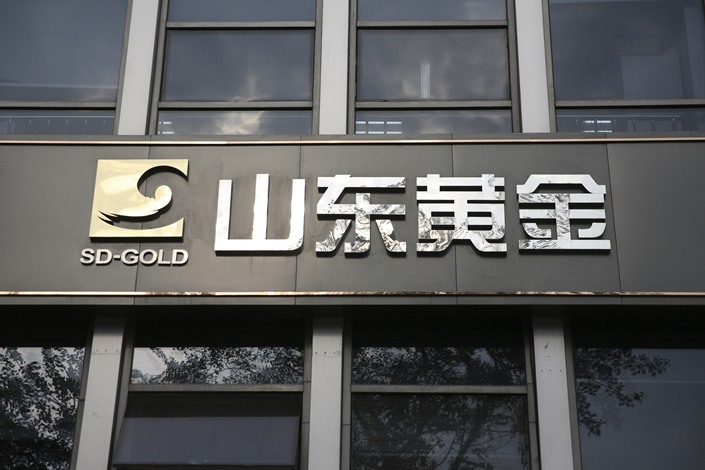 Shandong Gold has fended off a last-minute challenge from an Emirati-Russian competitor to secure a 50% stake in Australia’s Cardinal Resources.

(AFR) — China’s thirst for African resources has overcome a last-minute challenge from a suitor for Cardinal Resources Ltd. whose conditional bid valued the Perth-based gold company at more than A$660 million ($498 million)

China’s Shandong Gold Mining Co. Ltd. confirmed on Christmas Eve it had secured more than 50% of Cardinal’s stock, leaving Dongshan Investments Ltd. — an Emirati-Russian joint venture — lamenting that it had not moved sooner.

Shandong Gold triumphed after a nine-month bidding war with Russia’s Nordgold that has kept the Takeovers Panel busy.

While Dongshan could try to pursue a deal with Shandong Gold, it is highly unlikely the Chinese entity will part with its hard-won prize.

Dongshan announced its intention to make a A$1.20-a-share takeover bid as Shandong was wrapping up a controlling stake in Cardinal and its 5.1-million-ounce Namdini project in Northeast Ghana.

The market became aware of Dongshan’s intentions just as Nordgold waved the white flag and sold its 28% stake in Cardinal to state-owned Shandong Gold.

Nordgold, controlled by Russian oligarch and steel billionaire Alexey Mordashov, kicked off the bidding war for Cardinal at 45.7 Australian cents a share in March.

Nordgold said on Thursday that it had closed its bid and accepted Shandong Gold’s offer.

“Whilst Nordgold holds the Namdini project in the highest regard, the price currently intended to be offered by Shandong Gold of $1.075 is beyond that at which Nordgold feels able to justify, taking into account the risks associated with mine development, entry into a new jurisdiction, and Nordgold’s required rate of return on new projects,” it said.

Shandong’s $1.075 offer had been conditional on securing at least a 30% stake by Dec. 31 and Nordgold not extending its rival takeover offer.

In a statement to the ASX just before the market closed for the Christmas break, Shandong Gold said it had acquired more than 50% of Cardinal’s shares and intended to exercise the control it now acquired in accordance with its bidders’ statement, including appointing representatives to the Cardinal board.

Shandong immediately poured cold water on the Dongshan’s offer, which is conditional on acquiring more than 50% of Cardinal stock.

“In light of Shandong Gold having acquired a relevant interest in more than 50% of all Cardinal shares, it is clear that the announced minimum acceptance condition attached to the Dongshan proposal will not be satisfied,” Shandong said. “It also appears highly improbable that the other announced conditions to the Dongshan proposal will be satisfied, either at all or in a short period of time.”

Earlier in the day, Cardinal said its board was considering the Dongshan’s indicative offer of A$1.20 a share in detail and advised shareholders to take no action.

In a statement on its offer for Cardinal, Dongshan said the Namdini project was a perfect fit for its strategy of acquiring world-class assets.

"Dongshan’s shareholders tasked management with increasing Dongshan’s resource base and bringing new exploration and mining projects to the group’s portfolio," it said.

Dongshan describes itself as having been established by "a common effort of Emirati and Russia business circles" to develop mining projects in different countries, but especially in Africa.