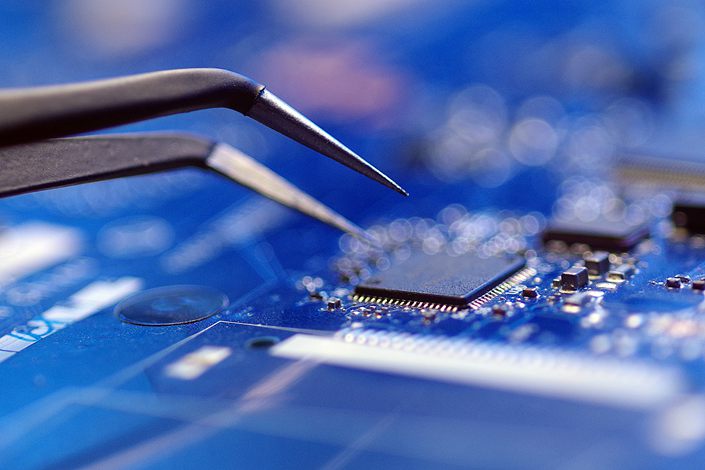 Horizon Robotics announced on Tuesday its plan to raise over $700 million in a Series C round, as the artificial intelligence (AI) chip designer joins a string of domestic peers to tap investors despite the Trump administration’s heightened crackdown on China Tech.

The Beijing-based startup, which was valued at $3 billion in its previous round of fundraising in 2019, already closed the first tranche of the Series C round at $150 million, Horizon announced in a WeChat post.

The firm did not immediately respond to DealStreetAsia’s queries about its pre-money valuation and timeframe for the new round of fundraising.

Even as a wider range of strategic investors and international institutions are expected to join in the investment, Horizon plans to use the proceeds to accelerate its R&D and the commercialisation of in-cabin AI chip products and intelligent driving solutions.

Unfazed by US, investors stand behind China AI Horizon, which offers AI-based chips used in intelligent vehicles, surveillance cameras, and other smart devices, is ramping up efforts to raise hundreds of millions of US dollars amid worsening tensions between the US and China around issues ranging from trade, technology, and the pandemic, to listing rules.

Last week, the US Commerce Department added Chinese top chipmaker Semiconductor Manufacturing International Corporation (SMIC) and drone manufacturer SZ DJI Technology, as well as over 60 other Chinese firms to a trade blacklist that denies their access to US technology from software to circuitry.

These newly-banned companies joined the likes of Huawei Technologies, and a handful of Chinese AI majors, such as SenseTime, Megvii, CloudWalk Technology, and Intellifusion who had been blacklisted by the US earlier for their alleged complicity in human rights violations against Muslim minority groups in northwestern China’s Xinjiang region.

While Horizon has been spared from the so-called “Entity List,” at least for now, investors seem to be unfazed by Washington’s rising hostility against China tech. An array of Chinese AI companies has managed to close big-ticket investments this year.

In June, Biren Technology raked in a total of 1.1 billion yuan in its Series A round, jointly led by Qiming Venture Partners, IDG Capital, and Walden International. AI-based cloud computing firm Enflame Technology in May completed a 700-million-yuan Series B round led by investment firm SummitView Capital. Fourth Paradigm, an AI technology and service provider, also known as 4Paradigm, secured $230 million in a Series C+ round in April, at a valuation of $2 billion.

Even CloudWalk Technology and Intellifusion raked in 1.8 billion yuan and nearly 1 billion yuan, respectively, from investors including those with close ties to the Chinese government.

Horizon was founded in July 2015 by Yu Kai, who once led the autonomous driving unit of Chinese search engine giant Baidu.

At a valuation of $3 billion, Horizon had in February 2019 secured $600 million in a Series B round led by South Korean conglomerate SK China, memory chip manufacturer SK Hynix, and several Chinese carmaker-backed venture capital funds.

In October 2017, the firm had raised about $100 million in a Series A+ round from investors including Intel Capital, the corporate VC arm of US-based Intel Corporation. Harvest Investments, Wu Capital, Linear Ventures, 5Y Capital, and Hillhouse Capital participated in the deal.