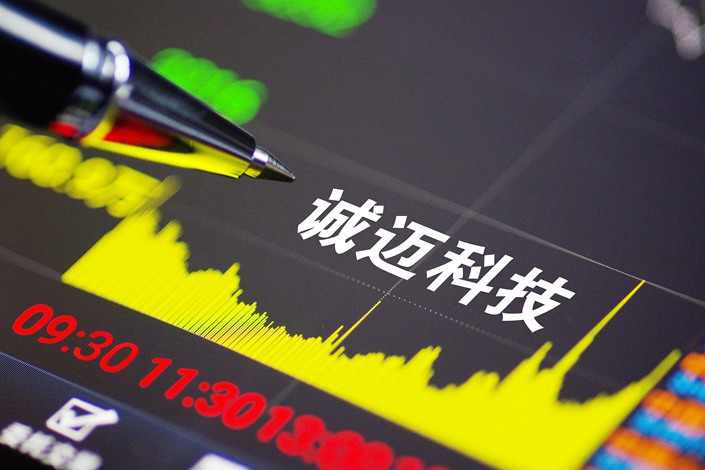 Beijing E-Town International Investment & Development, a state-owned investment firm, led the round, which brings UnionTech’s valuation to 5.9 billion yuan, 10 times higher than a year ago, UnionTech said on Wednesday. Other investors include Shenzhen Capital Group and Gaorong Capital.

After the round’s completion, ArcherMind will remain UnionTech’s biggest shareholder, but its stake will drop to 32.5% from 44.4%, according to a stock filing. In the first three quarters of this year, UnionTech registered a net loss of 110.7 million yuan on revenue of 144.9 million yuan, the filing said.

UnionTech’s new funding comes as China tries to become more self-sufficient in high-tech industries involving semiconductors, artificial intelligence and information technology in an effort to loosen its dependence on the U.S.

In August 2019, Huawei, which is in the crosshairs of the U.S. government, unveiled its own Harmony OS, which the tech giant wants to power 200 million products including smartphones and televisions over the next year. The new OS was unveiled just three months after the Chinese company was placed on the U.S. “entity list”, depriving it of access to Android and Google Mobile Services (GMS).

UnionTech general manager Liu Wenhuan said that Chinese OS developers will take three to five years to truly compete with their foreign counterparts, citing the fact that nearly 95% of computers sold in China are powered by Microsoft’s Windows. Meanwhile, Google and Apple are the market leaders in operating systems used on mobile devices.

Despite investors’ growing interest in operating systems, some industry experts have pointed out that money alone cannot solve all the challenges facing Chinese tech companies. They say the key to catching up with foreign rivals will be to develop complete software ecosystems compatible with homegrown operating systems.