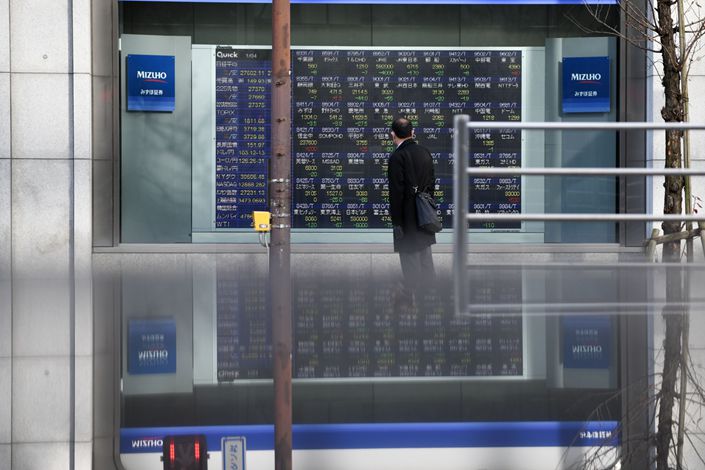 Stocks rose in Japan, Australia and South Korea after key elections in the U.S. paved the way for President-elect Joe Biden to implement his agenda. Photo: Bloomberg

Earlier, the S&P 500 trimmed an advance of as much as 1.5% but still closed in the green, after protesters stormed the U.S. Capital and interrupted debate to certify Biden as president. The 10-year Treasury yield at one point surged close to 10 basis points to more than 1.05%. Elsewhere, the dollar retreated against peers. Oil pared gains and gold was little changed. Australian bonds dropped.

Investors focused on the implications of the Democrats winning control of the U.S. Senate and as calm returned to Capitol Hill. The House and Senate resumed a politically charged debate over the legitimacy of the presidential election hours after a pro-Trump mob stormed the U.S. Capitol and drove lawmakers from their chambers.

“Disturbing as it is and with the Capitol now being cleared, share markets in Asia appear to be looking through it and choosing to focus on the prospects for more stimulus coming from the outcome in Georgia,” said Shane Oliver, head of investment strategy and chief economist at AMP Capital.

U.S. 10-year breakevens — a market gauge of inflation expectations over the next decade — topped 2% this week for the first time since 2018, having gained in each of the last three months. While the pandemic is still raging with the rollout of vaccines in the early stages, the risk is that further signs of inflationary pressure could start prompting bets on Federal Reserve rate hikes.

In the latest minutes released Wednesday, the Federal Open Market Committee issued guidance it would continue purchases of bonds at least at its current pace until the economic recovery had made “substantial further progress.”

“The risk is that too much inflation is expected and yields move aggressively higher at a time when high valuations across bonds and equities have heightened market sensitivity,” Kerry Craig, global market strategist at JPMorgan Asset Management, said in a note on the outcome of the Georgia Senate race.