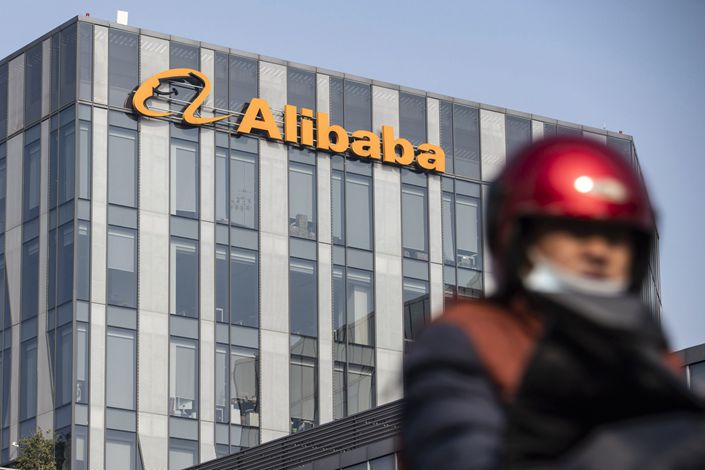 The discussions involving Alibaba and Tencent focus in part on how such a move might affect capital markets. Photo: Bloomberg

Alibaba fell 3.9% and Tencent dropped 4.7% in Hong Kong trading on Thursday, tracking losses in their New York-listed securities. The State Department, Department of Defense and Treasury Department are among authorities involved in the deliberations, according to people with knowledge of the talks. The discussions focus in part on how such a move might affect capital markets, the Wall Street Journal reported earlier Wednesday.

Imposing a ban on the two companies would mark the most dramatic escalation yet by President Donald Trump’s administration, given the sheer size of the two firms and the difficulty unwinding positions. At $1.3 trillion, the combined market value of their primary listings is nearly twice the size of Spain’s stock market, while the firms together account for about 11% of the weighting for MSCI Inc.’s emerging markets benchmark.

“If the bans are implemented then it’d be a huge thing for the market,” said Steven Leung, executive director at Uob Kay Hian (Hong Kong) Ltd. “It’s still too early to say. After the Biden administration starts, the policy could change again.”

If implemented, the ban would further fray the relationship between the world’s two largest economies, which have clashed over everything from Covid-19 to Hong Kong. Authorities in Washington have been ramping up efforts to deprive Chinese companies of U.S. capital in the final months of the Trump administration, adding to economic tensions as President-elect Joe Biden prepares to take over this month.

“The U.S. behavior is against international trade rules and principles of fair competition,” Chinese Foreign Ministry spokeswoman Hua Chunying said in response to a question about the potential investment ban at a briefing in Beijing on Thursday. “It undermines normal market order and Chinese companies’ rights and interests. And it will also eventually weaken global investors’ confidence in the U.S. business environment.”

Representatives for the companies had no immediate comment when contacted. Spreads on Tencent’s dollar bonds widened as much as 20 basis points over Treasuries on Thursday, while those on Alibaba notes were about 15 basis points wider, according to credit traders. The e-commerce company was said to be planning a dollar bond sale that could raise as much as $8 billion as early as next week, which could now be threatened by the U.S. actions.

JD.com Inc. sank 3.8% in Hong Kong, following a 7.7% drop in its ADRs. Pinduoduo Inc. tumbled 5.6%. The closely-watched iShares China Large-Cap ETF fell 1.2% in the U.S. while the NASDAQ Golden Dragon China Index, which tracks other large Chinese technology stocks, dropped 2.1% for its worst day since November.

Citing national security, Trump previously signed an executive order in November requiring investors to pull out of Chinese companies linked to that nation’s military. On Tuesday, Trump signed an order banning U.S. transactions with eight Chinese apps including Ant Group Co. Ltd.’s Alipay and Tencent’s digital wallets. It will be up to Biden to decide whether to enforce that policy once it takes effect.

Hasty measures have at times sown confusion in markets and prompted price swings, such as when the New York Stock Exchange reversed course twice this week on a decision to delist three Chinese telecommunications companies. The NYSE is now proceeding with its original delisting plan after U.S. Treasury Secretary Steven Mnuchin disagreed with its decision to give the firms a reprieve.

The order bans trading in the affected securities starting Jan. 11. If Biden leaves Trump’s executive order in place, U.S. investment firms and pension funds would be required to sell their holdings in companies linked to the Chinese military by Nov. 11. And if the U.S. determines additional companies have military ties in the future, American investors will be given 60 days from that determination to divest.

“We’re seeing with the telecommunications companies and with the ADRs the kind of worst-case scenario because you have a tremendous amount of confusion,” said Nicholas Turner, a lawyer at Steptoe & Johnson LLP in Hong Kong who specializes in economic sanctions. Even if Alibaba and Tencent fend off a delisting threat, U.S. investors will still be prohibited from purchasing a wide variety of financial instruments exposed to their securities, he added.

The potential U.S. ban comes as pressures mount within China on Jack Ma’s Alibaba and Tencent. In recent months, officials blocked Ant Group’s $35 billion IPO, proposed new rules to curb the dominance of internet giants and fined Alibaba and Tencent over acquisitions from years before. Closer scrutiny of mergers and acquisitions could add uncertainty over the growth of large internet firms within China.