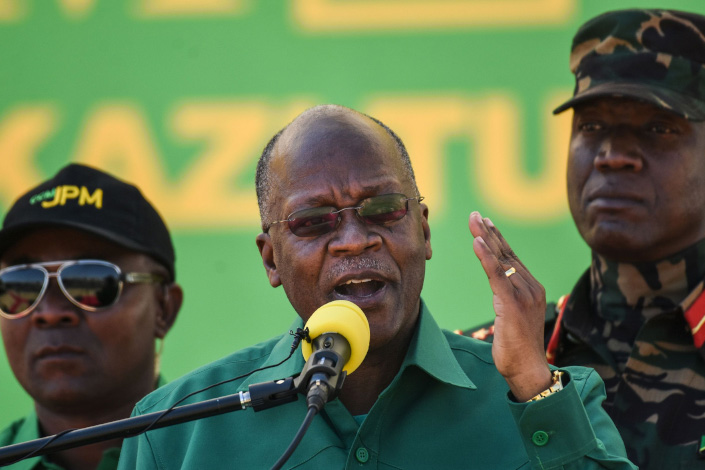 Several African nations are struggling to fund the recovery of their economies following the fallout from the coronavirus pandemic. China, whose financing to African governments topped $140 billion over the past two decades, pledged to provide some debt relief.

Magufuli’s debt-forgiveness request includes $137 million that was taken for a housing project for the police, $15.7 million for an old Tanzania-Zambia railway and $15 million for a textile mill.

The new rail deal will support the construction of a 341-kilometer (212 miles) section of Tanzania’s planned wider railway network. Magufuli will seek another loan from China to help build an additional link in the expanded rail system, the presidency said without giving details.

In Congo, China canceled 180 million yuan ($27.8 million) in bilateral debt owed by the central African country. Congo also signed a cooperation agreement to participate in Beijing’s Belt and Road Initiative, becoming the 45th African nation to do so, according to China’s foreign ministry.

China accounts for more than half of Congo’s bilateral debt, with at least $645 million outstanding as at the end of 2020, according to Congo’s debt office. The two countries have an ongoing $6.2 billion minerals-for-infrastructure arrangement that began more than a decade ago.

Congo is Africa’s leading producer of copper and the world’s biggest source of cobalt, with China Molybdenum Co. Ltd., being a major player the nation’s mining industry.