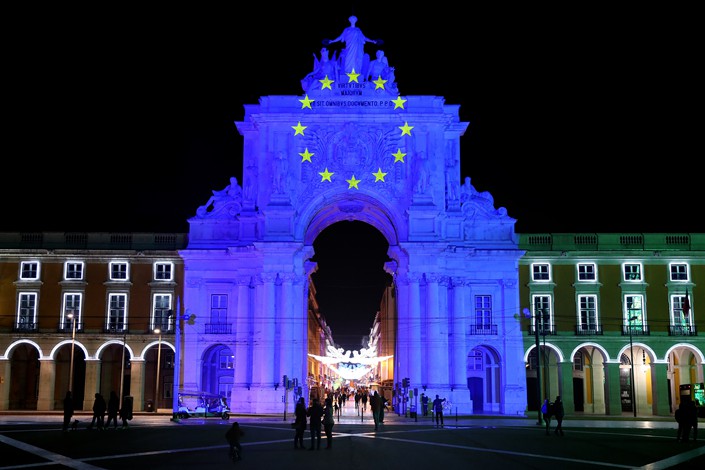 (Bloomberg) — European businesses operating in China are facing rising costs and uncertainty as they grapple with economic decoupling between the U.S. and its Asian rival.

The European Chamber of Commerce in China published a report Thursday that paints a fundamentally pessimistic picture for doing business in the country, even as the European Union and Beijing agreed last month on an investment deal that could give companies better access to China’s market.

“Decoupling trends are likely to worsen in the future, despite a potential improvement in U.S.-China relations in the coming months and a generally positive outlook for EU-China economic relations,” the chamber said in its report with the Mercator Institute for Chinese Studies, a European think-tank.

European companies worry they are being caught in the cross-fires of U.S.-China tensions, according to the chamber.

“Do you have to choose between the U.S. market or the Chinese market? That’s a question we all hate to answer,” the chamber’s president, Joerg Wuttke, told reporters.

The prioritizing of national security concerns over business and trade is causing uncertainty and hurting sentiment, as is China’s declining image in Europe, according to the report, which was based on surveys of about 120 members of the chamber and conducted late last year.

The report gives an overview of the current situation and drivers of decoupling in areas from politics and trade, to supply chains, critical inputs like semiconductors, and cross-border data flows.

European firms are concerned that supplies of crucial inputs, like computer chips, could suddenly be cut off, according to the report.

“The main concern is that the U.S. will attempt to purge Chinese involvement in any part of the technology ecosystem in the U.S.,” with European firms in the automotive, machinery and chemicals sectors saying they expect to have to create firewalls between their U.S. and Chinese operations and supply chains, the report said.

Over the past four years of the Trump administration, the U.S. imposed tariffs on Chinese goods, attempted to cut financial links with China, and increasingly restricted the ability of some Chinese firms to access U.S. technologies. China also aims to increase its technological self-sufficiency, limit foreign companies’ access to certain sectors, and control some technology exports.

More than half of the firms surveyed said they were already experiencing negative effects from decoupling. However, they listed it as their ninth most serious issue, with the global economic slowdown and the coronavirus, rising labor costs, and market access issues cited as more pressing challenges.