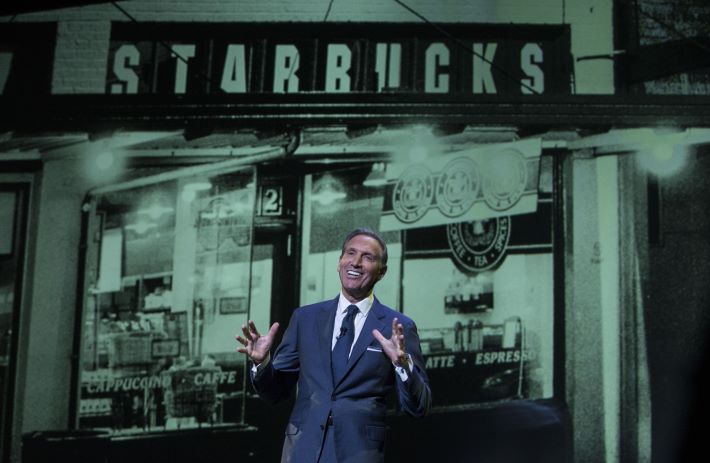 “I hope Starbucks will make active efforts to promote China-U.S. economic and trade cooperation and the development of bilateral relations,” Xi said in reply to a letter from Chairman Emeritus Howard Schultz. Xi’s letter was dated Jan. 6 and published Thursday by the official Xinhua News Agency.

“China has embarked on a new journey of comprehensively building a modern socialist country, which will provide a broader space for companies from all over the world, including Starbucks and other American companies, to develop in China,” Xi wrote.

Chinese leaders have often tried to utilize ties with U.S. business leaders to improve U.S.-China relations, and have repeatedly stressed the role of commerce as a stabilizer in bilateral ties. Relations between the two countries have worsened over the four years of the Trump presidency, a major challenge for President-elect Joe Biden.

Schultz’s letter congratulated Beijing on the near completion of the plan to build a “moderately prosperous society,” and expressed respect for the Chinese people and Chinese culture, Xinhua said.

Schultz previously said that China was a competitor of the U.S. rather than an enemy. He stepped down from his position as executive chairman of the coffee giant in 2018 and is estimated to be worth $5.1 billion, according to the Bloomberg Billionaires Index. He considered running for U.S. president in 2020 as an independent.