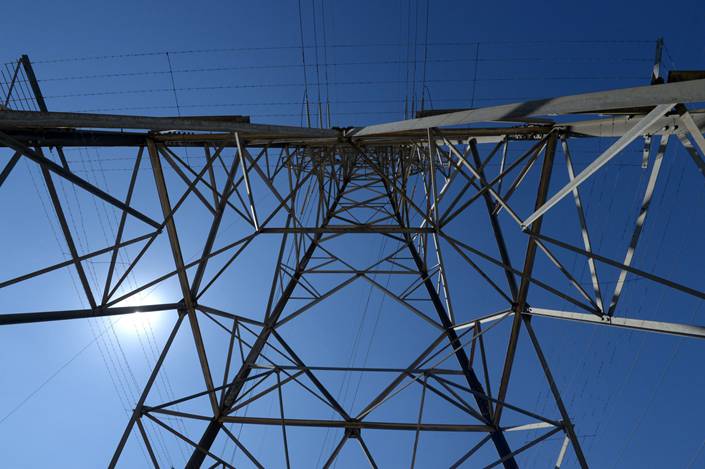 The sun shines down on electricity pylons and power lines in Australia. Photo: Bloomberg

(Bloomberg) — Offshore loans in China are expected to climb this year, driven by an increase in mergers and acquisitions, after falling to their lowest level in five years.

“I am cautiously optimistic that loan volumes in Greater China will pick up,” said John Corrin, head of corporate finance, international, at Australia & New Zealand Banking Group Ltd. “I expect the increased activity will take a while to emerge, most likely around the beginning of the second quarter.”

The improved outlook comes as China became the world’s only major economy to report growth last year and is expected to deliver an even stronger showing in the coming quarters, thanks to robust exports and ramped-up infrastructure spending. As Chinese firms get back on their feet, the banking industry looks set to enjoy an outburst of pent-up demand for overseas business transactions.

Corrin said a pick-up in global M&A volume will help spur an increase in loans relating to such deals as well as to private equity. China is set to be a key market with the biggest influence on activity in the Asia Pacific region, he added.

About $26 billion of China outbound M&As have been announced or proposed since a year ago, according to Bloomberg-compiled data. The biggest deal among them is State Grid Corp. of China’s $3 billion acquisition of a 96% stake in a Chilean power utility.

Other deals under discussion include Alibaba Group Holding Ltd.’s potential $3 billion investment in Grab Holdings Inc. and China National Petroleum Corp.’s potential bid for part of BP Plc’s stake in an Omani gas field that could fetch about $1.5 billion.

“We are already seeing more outbound Chinese M&A activity, especially into Europe and we expect to see an increase this year,” said Adnan Meraj, managing director, co-head Asia Pacific syndicated and leveraged finance at BofA Securities. “Market sentiment is strong, with many Chinese corporates in discussions with banks for refinancings, corporate loans and M&A deals.”