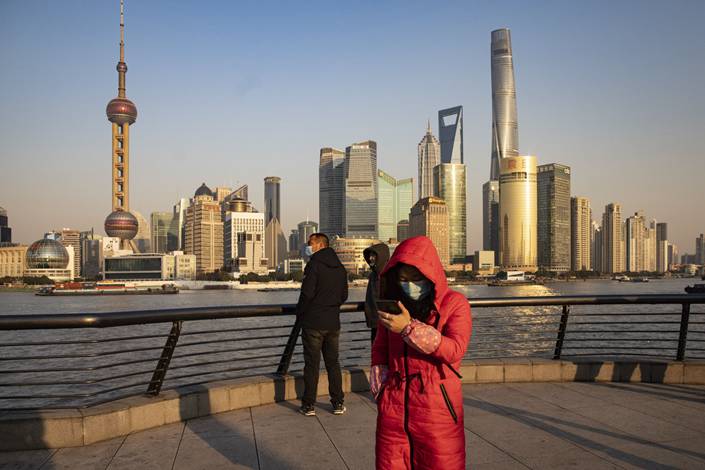 (Bloomberg) — In China, retail investors are calling time on the do-it-yourself investment boom.

They’re channeling their love of stock trading through professionally-managed funds instead, accelerating a trend that saw a record 1.57 trillion yuan ($243 billion) of equity funds launched last year, according to data from consultancy Z-Ben Advisors Ltd.

The shift, in stark contrast to the boom in share trading by individuals globally, comes as Chinese families move more of their money into equities. Rock-bottom interest-rates, a purge of peer-to-peer lending platforms and stagnant property prices in large cities have left investors with fewer alternatives within the nation’s capital-controlled borders.

Zheng Meng, a 33-year-old civil servant in Beijing, is one of those changing tactics.

“The bread and butter of my investments will gradually shift to mutual funds as I double down this year,” said Zheng, who has about half of his total assets invested in shares. “I don’t have the energy or resources to research each stock.”

Adding to allure of the pros are their market-trouncing returns. The weighted average return of stock funds tracked by China Securities Index Co. was 47% last year, beating the benchmark CSI 300 Index by 20 percentage points.

Against numbers like that, traditional investment destinations don’t look attractive.

Returns in property have slumped since the government’s 2016 edict that “houses are built to be inhabited, not for speculation” prompted local governments to introduce a raft of restrictions to cool price growth. The average value of new residences in the country’s three most expensive cities of Shenzhen, Beijing and Shanghai have grown less than 10% in total over the past four years, according to official data.

Expected one-year returns from banks’ wealth management products hit a record low of 3.45% in recent weeks, according to a research note from Guotai Junan Securities Co. And after a government crackdown, 99% of peer-to-peer lending platforms have closed. The sector was once a destination for upwards of 50 million investors but was also riddled by fraud and defaults.

In all, Citigroup Inc. analysts now predict 1.9 trillion yuan will flow into China’s equity market this year, most headed for professional money managers.

“The vast outperformance of stock-focused mutual funds will constantly draw in personal savings,” said Lu Boliang, a fund manager at Shenzhen Qianhai Daoyi Investment Holdings Co. “The shift in personal finances will be a key driver of the long term trend of the market.”

Chinese households hold just 2% of their assets in stocks and equity funds, compared to 7%-9% in the U.S., Japan and Europe, analysts at Essence Securities Co. wrote in a January note.

Regulators have been trying to encourage more of the flow of household money into the stock market to come via funds with longer investment horizons in the belief that will lessen the notorious volatility of the market. Momentum-chasing individual investors have long been blamed for stoking wild swings in China.

It doesn’t seem though that consumers need much prodding.

In a latest sign of enthusiasm, a new equity fund launched by E Fund Management Co. on Monday drew a 237 billion yuan in orders — 75% more than last year’s record and the most subscriptions ever for a stock product in China, according to the Securities Times newspaper. The new fund is capped at 15 billion yuan, meaning clients will get only about 6% of their orders.

The fund manager, Feng Bo, is a local star and one of his oldest products has returned over 380% since he began managing it over 11 years ago.

The Securities Times newspaper published a commentary on Wednesday titled “the hotter the fund issuance, the more calm.” The article urged fund managers to “cherish every penny entrusted” to them and invest the wealth of others in a rational and responsible manner.

“Stocks are the path for ordinary people to change their fate in this decade,” said Amanda Wu, a 30-year-old private English tutor in Shenzhen who started buying equity mutual funds just last week. “Buying stocks is an opportunity as great as buying property was 10 years ago. The post 90’s generation largely missed that boat, but this today, is our chance.”