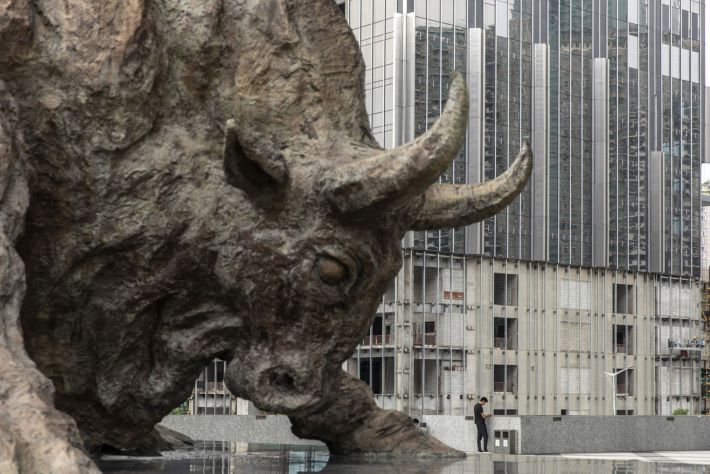 (Bloomberg) — A Chinese exchange-traded fund has surpassed BlackRock’s Inc.’s ETF to become the largest tracking onshore stocks as investors look to ride a surge in equities while skirting a U.S. clampdown.

“While our ETF products with Chinese firms in the investment ban are not suitable for U.S. investors at the moment either, we have seen strong demand from non-U.S. investors, from countries in Asia and Europe,” Lan said.

BlackRock, the world’s largest fund manager, has been selling stakes in three Chinese telecommunication providers including China Telecom Corp., after the U.S. put them on its sanctions list over alleged national security concerns.

Representatives for BlackRock didn’t respond to a request seeking comment.

The sanctions have had little impact on the shares, with China Mobile and China Telecom both jumping more than 7% already this year. The gains have added to a surge in the Hong Kong index, with the Hang Seng jumping 10% in 2021, the most of any developed market this year. The inflows from mainland China have pushed the index to it highest since May 2019.

Xiaomi Corp. was one stock caught up in the policy reversals. The stock plunged a record 10% in Hong Kong on Jan. 15 after the U.S. administration added it to the blacklist. The country’s No. 2 phone maker has since retraced those losses in the last three sessions.