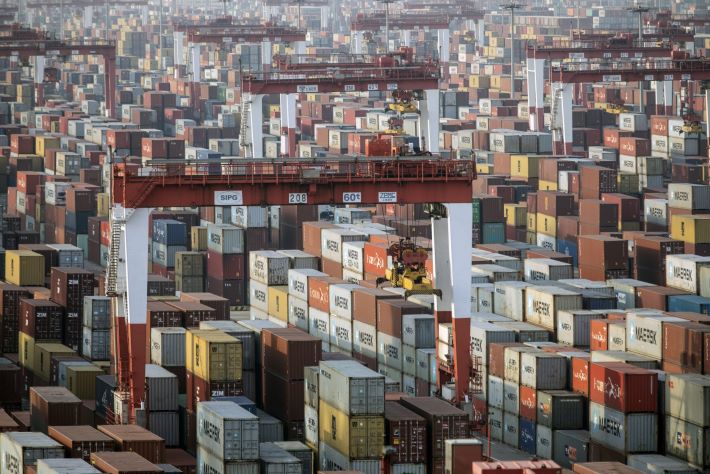 (Bloomberg) — China failed to meet its 2020 trade deal targets with the U.S. in a year marked by pandemic-related disruptions and an increasingly tense relationship with the Trump administration.

By the end of December, China had purchased about 58.1% of the $172 billion worth of goods it pledged to buy last year under the “phase one” agreement with Washington, according to Bloomberg calculations based on data from the country’s customs agency. It bought 60.4% of targeted manufactured products and 64.4% of agricultural goods, but lagged behind on energy, importing just 39% of the target.

It’s no surprise that the annual target wasn’t met, since the monthly data had shown China was well behind on its purchase commitments all year. The latest figures show China sped up imports in December, especially of liquefied natural gas and vehicles, but that wasn’t enough to meet its goals.

Under the agreement signed in January last year, China promised to buy an additional $200 billion of U.S. goods and services over the 2017 level by the end of 2021. As the pact enters its second year, all eyes are on whether a new U.S. administration under President Joe Biden will try to renegotiate the deal.

The trade deal wasn’t a win for the U.S. as Trump had promised. The U.S. trade deficit with China grew to $317 billion last year, fueled by demand for medical goods and work-from-home devices, while research by some economists showed U.S. business and consumers paid for the higher tariffs, rather than Chinese companies.