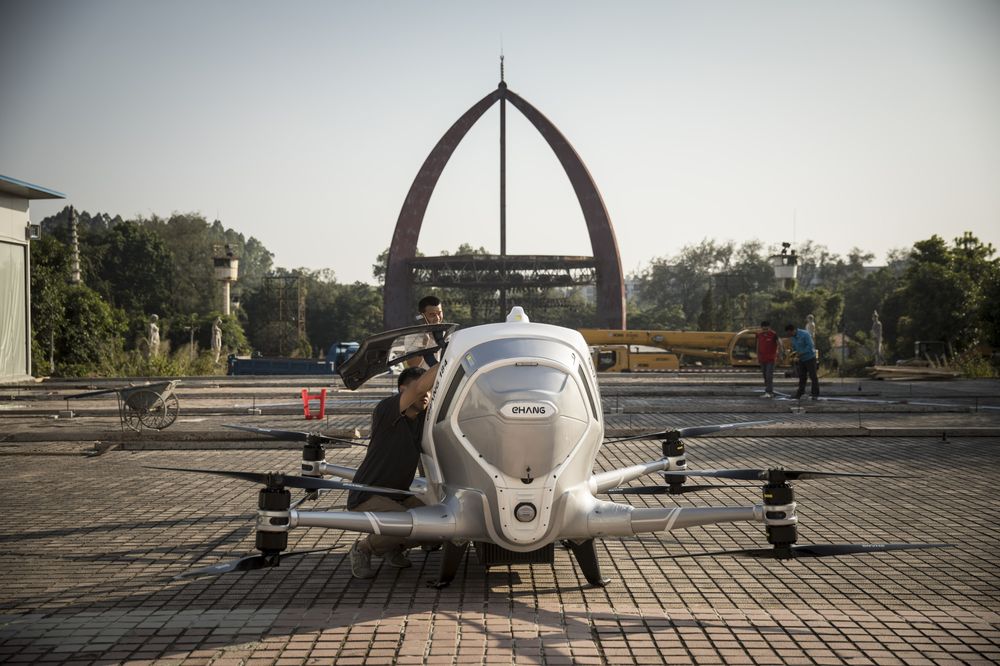 Chinese aerial vehicle maker EHang has been selected to join a French program to help the Paris region build an urban air mobility system, the latest step in the company’s efforts to expand the use of its flying taxis beyond its home airspace.

Under a program called Re.Invent Air Mobility, Guangzhou-based EHang will participate in the setup of a new transport ecosystem and regulatory framework in the Paris region by using its technical and operational experience alongside partners in vehicle development, ground infrastructure and airspace integration, according to a company statement released on Wednesday.

Run by Choose Paris Region, Groupe ADP and RATP Group, the program will launch in June, and allow participants to conduct flight tests in the real-life environment of Pontoise, a northwestern suburb of Paris, involving taking off, landing and parking, the statement said.

Admission into Re.Invent Air Mobility will give EHang the chance to showcase its technology during the Paris 2024 Olympic Games, enter into discussions with local urban air mobility regulators and unlock funding via French and European calls for applications, according to the program’s website.

EHang is pushing ahead with a global urban air mobility project that focuses on aerial sightseeing, passenger transport and aerial logistics. The New York-listed company has announced plans to launch sightseeing businesses in some Chinese cities using its futuristic-looking autonomous aerial vehicles. The firm has also gained government approval to test heavy-lift air logistics services powered by its drones in China.

Wednesday’s announcement comes a week after EHang joined an EU-initiated urban air mobility project to perform trial operations of the EHang 216, its flagship self-flying people-mover, in the U.K., Spain and the Netherlands over the next two years.