Opinion: No, Manufacturing Is Not Leaving China

By Joel Gallo and Cameron Johnson 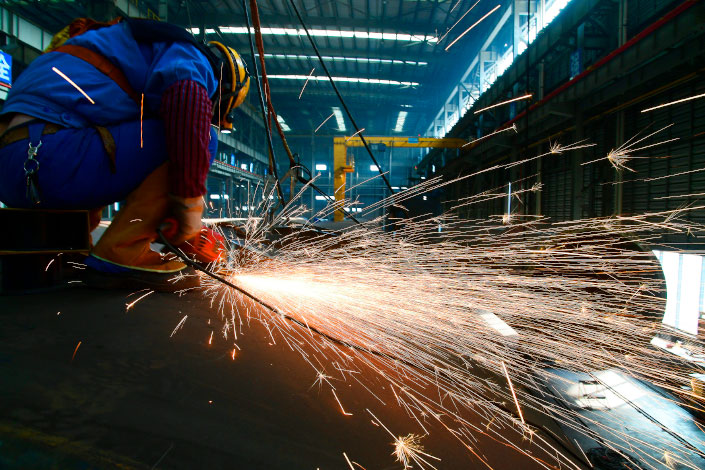 The U.S.-China trade war and Covid-19 have accelerated misguided thinking that manufacturing is leaving China. But there is scant proof of any meaningful exodus out of the country. Moving to neighboring Southeast Asian nations, while appealing based on labor costs, do not account for other factors where China rates favorably and (at least in the short-run) holds an insurmountable edge, namely integrated ecosystems, favorable and workable government policies, and an unparalleled infrastructure benefit.

A McKinsey Global Institute study discovered that contrary to common perception, low skill labor is becoming less important as a factor of production, where 18% of global goods trade is now driven by labor cost advantages. Nevertheless, China has an uncanny ability to make up the shortfall in other market segments. Lower value products such as apparel and footwear have over the years shifted to Vietnam but China’s exports of textiles to support these sectors have increased.

In line with China’s ability to pivot, the present goal is to move up the production value chain to fabricate goods in higher-end sectors such as technology. The country’s growing expertise and market share in electric vehicles, renewable energy, semiconductors and telecommunications equipment are evidence of its high-end ambitions.

With much of the developed world caught in the vice grip of a Covid-19 slowdown, China’s manufacturers have been resilient, recovering quickly with exports booming through the year. Last month, exports to the U.S. soared 34.5% compared to a year earlier and for all of 2020, the trade surplus with the U.S. was $317 billion, 7% higher than 2019, making the trade relationship even more imbalanced.

The flight of manufacturing out of China is overblown, as the country continues to bolster production factors in industries of the future at a time when economic output in the developed world is slumping. Diversity of manufacturing, specialized ecosystems, experienced labor pools and logistics performance afford China unparalleled advantages. Add to this China’s own stimulus and business support measures, manufacturers and mature supply chains are not incentivized to leave.

The abundance and diversity of manufacturing — the depth and breadth of production is imposing and unmatched anywhere in the world — making it easy to source components for virtually any product. Amidst this diversity, exist specialized ecosystems that are dependent on a network of suppliers, component-makers, distributors and consumers.

These sprawling networks have taken decades to establish, fine-tune and expand to incorporate countless actors. Trillions of dollars have been poured in by the government and through foreign direct investment channels leading to world-class production lines and supportive services. Foreign companies firmly entrenched in China will not just pick up and leave. And almost any other option will take years to be on par with China, while labor and other costs in them rise. This means the actual benefit of leaving are not present at this time.

According to the China Business Report 2020 produced by the American Chamber of Commerce in Shanghai and PwC, among the more than 200 respondents with manufacturing in China, 71% stated they will not move production out of the country, 5% would continue to produce in different Chinese provinces, while 4% were moving some manufacturing out of China to the U.S. The survey, as an accurate barometer of corporate manufacturing sentiment indicates little evidence of broad-based reshuffling of supply chains and those that have occurred, such as in apparel and footwear have been limited and industry specific. Furthermore, reshoring of manufacturing activity back to the U.S, as some have suggested, has been minimal.

Workforce expertise also weighs heavily in favor of China. Its Southeast Asian neighbors cannot match China’s expansive labor force and specialized knowledge in sophisticated, technical manufacturing such as carbon fiber for the wind energy and automotive industries. Greater knowhow has led to an expansion of carbon fiber applications for wind blades, automotive parts, and consumer products. This expansion is leading to a market growth of 9.7% CAGR from 2020-2026 just in carbon fiber use. At an international carbon fiber trade show in Shanghai last year, firms showcased a broad array of consumer applications for the new age material including hockey sticks, skis, snowboards, surfboards, violin cases and wheelchairs. While this material has been around for decades, its usage is still in its infancy in China. Few countries provide the opportunities and growth market that China offers.

China’s neighbors support manufacturing for numerous industries but for those that require a high level of technical precision, the People’s Republic is unmatched. Smaller labor pools and lack of specialized training in neighboring countries (such as those required by the carbon fiber market) makes it problematic to build out specialized, technical clusters that can compete with their giant neighbor to the north.

Logistics performance — crucial to the transport of goods between a confederation of partners and eventually to port bound for the end customer — is another dimension where China holds a clear lead. According to the World Bank’s 2018 Logistics Performance Index that included nearly 200 countries, China ranked (26th) well ahead of Vietnam (39th) and its southeast Asian neighbors – Malaysia (41st), Indonesia (46th), Philippines (60th) Cambodia (98th), and Bangladesh (100th). China’s logistical and infrastructure efficiency of transport from factory to port results in time and cost savings, a major consideration for any manufacturer.

Even where reshoring makes sense, consider that it is next to impossible to shift production facilities and supply chains in the midst of a global pandemic. Covid-19 imposed travel bans make site selection, negotiating with government officials, and general due diligence all the more challenging.

Furthermore, sunsetting costs and activities associated with closing down a location before moving it to another country should not be discounted — tax consequences, pension liabilities to employees, finalizing utility costs, supervising break down of equipment, obtaining proprietary production molds — all necessitates on the ground oversight, a vexing problem given travel restrictions.

For most industries, China offers a complete networked environment — world-class infrastructure, uniform laws, government support and manufacturing ecosystems with sprawling supply chains — that make it an efficient and cost-effective place to manufacture. Covid-19, the U.S.-China trade war and rising labor costs will not dislodge China from its apex in global manufacturing, at least in the short-term.