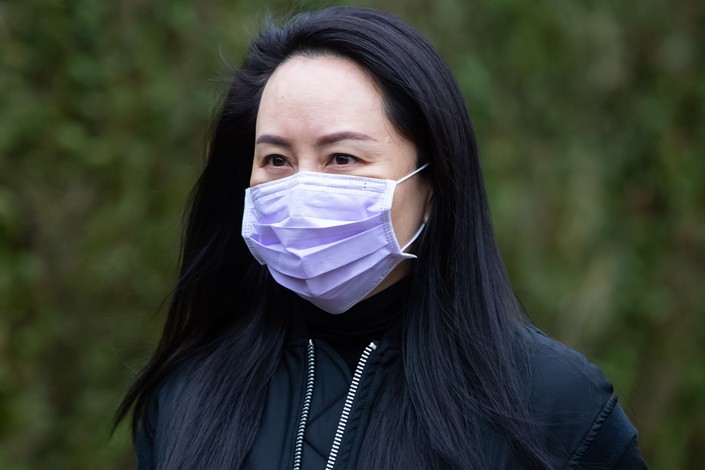 (Bloomberg) — Huawei Technologies Co. Ltd.’s chief financial officer can’t leave home during the day without guards tagging along, a Canadian judge ruled, saying the condition is necessary to ensure she remains in the country for hearings on a U.S. extradition request.

“The conditions imposed in the original bail order are the minimum necessary to ensure that Ms. Meng will attend court as and when required and will not flee the jurisdiction,” he said in handing down his decision in Vancouver.

The 48-year-old Chinese executive was arrested on a U.S. handover request in December 2018 and later released on C$10 million bail ($6.4 million). The terms include wearing a GPS monitor on her ankle, paying for 24-hour surveillance by a court-appointed private security firm, and an 11 p.m to 6 a.m. curfew. During the day, Meng is allowed to roam a roughly 100-square-mile patch around Vancouver in the company of her security guards.

Earlier this month, Meng asked the judge to further relax those terms so that she could move around during the day without the guards, citing concerns about potentially contracting Covid-19 from the rotating team. Meng is a survivor of thyroid cancer and suffers from hypertension, putting her at greater risk, her husband Liu Xiaozong had testified.

Ehrcke dismissed those concerns. “She has the ability to self-isolate,” he said. “She is not required to leave her residence.” Though she has to attend most extradition proceedings in person, the short drive from her home to the courthouse doesn’t post an “unacceptable health risk,” he said.

Ehrcke acknowledged that Meng had complied with her bail conditions in the two years since her release. But he pointed to testimony from Doug Maynard — chief operating officer of the security firm guarding Meng — who had said the risk wasn’t so much that Meng would intentionally breach her bail conditions but that others may try to “extract” her from Canada or harm her.

Maynard had told the court that letters containing bullets were sent to Meng’s Vancouver home — prompting demands from Chinese officials that she be returned immediately to China — and that his staff had reported being surveilled at times. It wasn’t clear by whom.

Her case triggered an unprecedented diplomatic uproar. Within days of her arrest, China detained two Canadians — Michael Spavor and Michael Kovrig — on national security charges. The two men have faced much harsher conditions than she has, initially held at secret jails and questioned multiple times a day in cells where the lights couldn’t be turned off. It’s not clear if either has had access to a lawyer during the two years they’ve been incarcerated.

Meng’s extradition hearings begin in earnest in March as the judge considers arguments by her lawyers that there was an abuse of process during her arrest and that the case be dismissed. Final hearings on whether to order her extradition are scheduled for mid-May, though appeals could lengthen the process significantly. Some Canadian extradition cases have lasted as long as a decade.