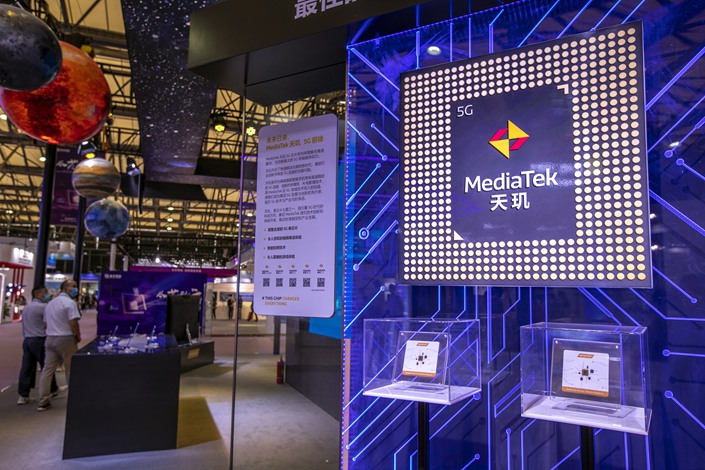 Taiwan-based semiconductor developer MediaTek has announced the launch of a new 5G modem chip it says could give device makers more flexibility to choose between faster transmission or signals over longer distances.

The new modem chip, named the M80, supports both non-standalone (NSA) and standalone (SA) 5G networks and features millimeter-wave technology, which is being used by major U.S. carriers like Verizon, MediaTek said in a statement on Tuesday.

Despite its advantages in data transmission speed, the millimeter-wave technology lacks the ability to let 5G signals travel long distances, and this becomes even more of an issue when signals encounter barriers such as buildings and trees.

Nevertheless, the M80 is also compatible with what MediaTek calls sub-6 GHz technology, which can enable 5G signals to travel longer distances without interference from obstacles but with lower data speeds.

Industry experts have long debated whether millimeter-wave technology or sub-6 GHz technology is more suitable for building the 5G networks due to their respective advantages and disadvantages.

Qualcomm is currently the dominant supplier of chips to take advantage of the millimeter wave technology, with its chips used in the U.S. versions of Apple’s iPhone 12.