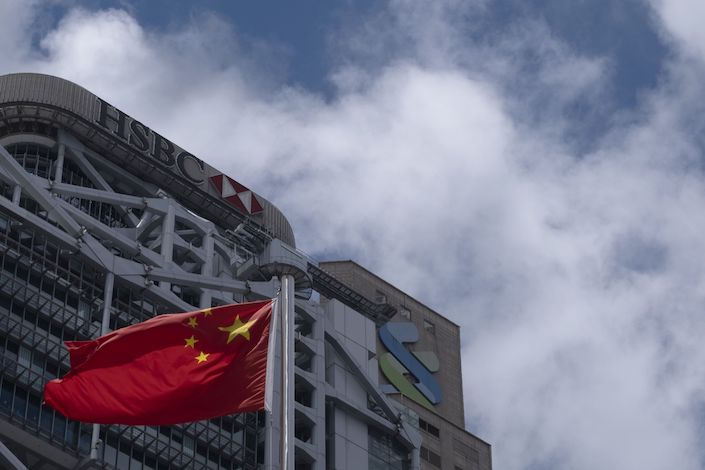 The flag of China flies near the HSBC Holdings Plc building

(Bloomberg) — HSBC Holdings Plc will establish an office to spearhead its strategy in China’s fast-growing Greater Bay Area, stepping up its bet on the world’s second-largest economy.

Hong Kong leader Carrie Lam last week endorsed a stronger presence for HSBC in the former British colony, where it has come under criticism for freezing the accounts of activists and supporting the financial hub’s sweeping national security law. Hong Kong’s government has embraced closer ties with mainland China since unrest hit the city in 2019, promoting the Greater Bay Area concept of creating a Silicon Valley-style regional economic zone with the nearby mainland cities of Guangzhou and Shenzhen.

Collectively, Hong Kong and China accounted for more than 90% of HSBC’s adjusted profit in the first nine months of 2020, but the mainland still represents a small part. Even so, the lender founded in Hong Kong in 1865 to connect China with the world is one of the largest foreign bank investors on the mainland. It has a network of 170 outlets across more than 50 cities and 8,000 staff. HSBC owns a 19% stake in Bank of Communications Co.

At a November town hall in Hong Kong, local senior management including the bank’s China head Mark Wang and Asia head Peter Wong underscored their commitment to the Greater Bay Area. China is key to the bank’s turnaround plans, which include shifting billions in capital to expand in Asia and cutting back in Europe and the U.S.