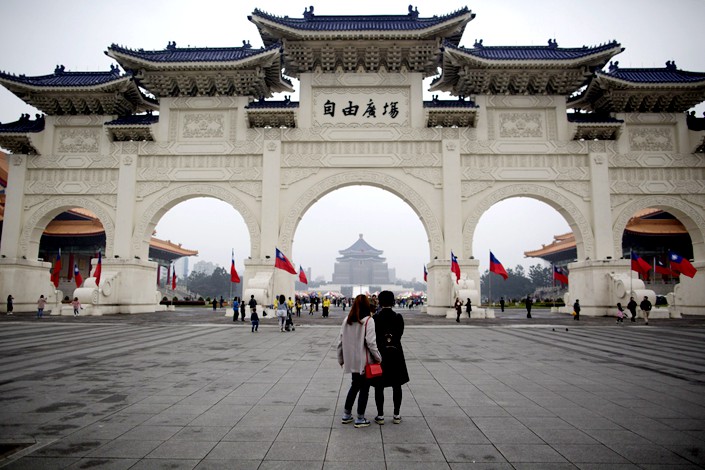 Taiwan’s currency has strengthened almost 8% against the U.S. dollar over the past 12 months, the second biggest gain among Asia currencies. Photo: Bloomberg

(Bloomberg) — Taiwan’s central bank said its current account and trade surpluses, rather than currency intervention, were the reasons cited for its inclusion on the U.S. Treasury’s foreign exchange watchlist in December.

Being added to the list “apparently has nothing do with the bank’s intervention in the forex market,” the central bank said in a statement Sunday, responding to a Bloomberg News article last week about currency speculation.

Taiwan was included on the watchlist because its trade surplus with the U.S. and its current account surplus exceeded the Treasury’s criteria, the central bank said.

The monetary authority denied the U.S. had urged Taiwan to allow the local dollar to appreciate further. The central bank said shortly after the release of the Treasury report in December that the U.S. had never put too much pressure on Taiwan over the currency, and blamed Washington’s trade war with Beijing for the expansion of Taiwan’s trade surplus.

The U.S. Treasury Department said in its December report that “Taiwan should allow the new Taiwan dollar to appreciate to help reduce its large and durable external surpluses.”

The Taiwan dollar has strengthened almost 8% against the U.S. dollar over the past 12 months, the second biggest gain among Asia currencies after offshore trading of the Chinese yuan, according to Bloomberg data.