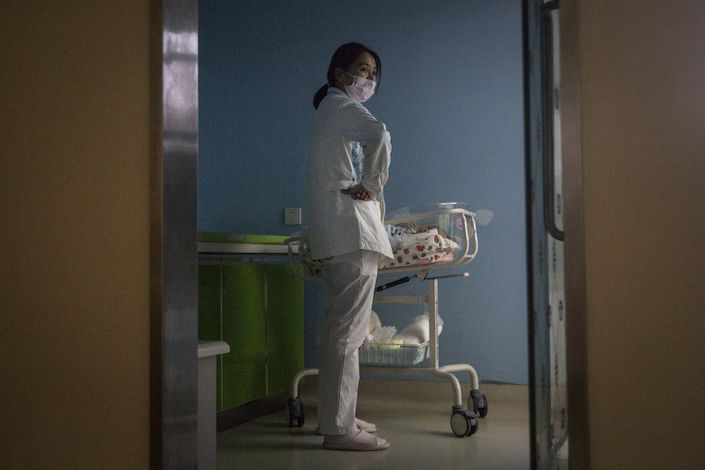 China’s annual birthrate in 2019 dropped to the lowest level since at least 1949.

(Bloomberg) — The number of newborns in China registered with the police fell by double digits last year, a sign that the birthrate is continuing to decline and worsening demographic pressures in the rapidly aging nation.

There were 10.04 million babies registered with the government in 2020, 14.8% fewer than in 2019, according to data released Monday by the Ministry of Public Security.

The figures are usually lower than the actual number of births in the country as some parents don’t immediately register their children. In 2019, there were 11.79 million babies registered and 14.65 million children born. The statistics bureau will release official birth data in April.

The country’s population is aging more quickly than those of most of the world’s developed economies, a hangover from decades of family planning policies. China has struggled to arrest the country’s declining birthrate for years, even after easing its stringent one-child policy in 2013 and allowing each family to have two children in 2016.

The Communist Party signaled willingness to further relax birth restrictions during the 14th Five-Year Plan period that starts this year, urging an “inclusive” fertility policy at a party conclave in late October. The annual birthrate in 2019 dropped to the lowest level since at least 1949.

“Becoming old before becoming rich, rapid aging together with a super-sized elderly population, these will be important features of China’s national conditions for a relatively long period of time to come,” Cai Fang, vice president of the Chinese Academy of Social Sciences, wrote in a commentary in the official Beijing Daily in November.