Opinion: India’s Chinese App Ban May Leave New Delhi on the Hook for Billions in Damages 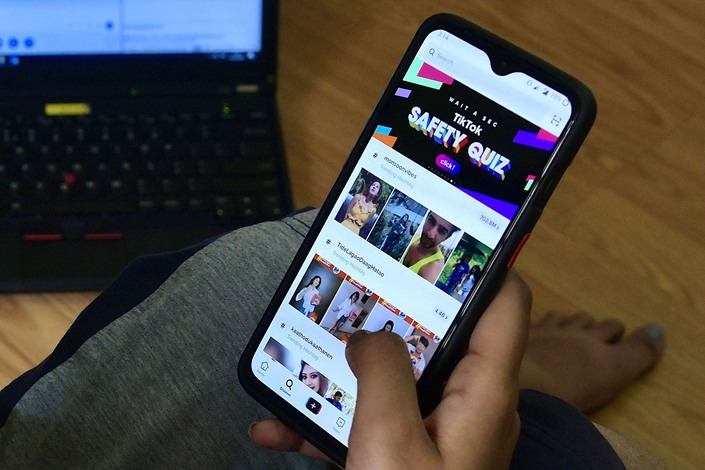 “We have conducted a digital strike against China.”

That was the jingoistic boast of India’s Law and Justice Minister Ravi Shankar Prasad. On June 29, his government banned 59 Chinese apps including TikTok, which had become immensely popular in India. The app ban was the center piece of a series of retaliatory economic actions taken by the Indian government against Chinese business interests following border clashes on June 10 between China and India. Last month, India’s Ministry of Electronics and Information Technology announced the ban of the initial batch of 59 Chinese apps including ByteDance Inc.’s TikTok and Tencent Group Holdings Ltd.’s WeChat, and Alibaba Group Holding Ltd.’s UC Browser would remain in place.

Rhetorically, Prasad’s announcement sought to fire up the Indian public by using a term with connotations of a military attack. The damage assessment, however, following the six-month aftermath of the digital strike shows self-inflicted harm. ByteDance announced the elimination of 2,000 Indian jobs, nearly its entire workforce in India, shortly after the permanent ban.

The damage could reach billions of dollars in liabilities for the Indian government, as ByteDance and other Chinese app investors have credible claims to pursue against the Indian government for violating protections under the China-India Bilateral Investment Treaty (BIT).

Since June 2020, the Ministry of Electronics and Information Technology has banned 267 Chinese apps in total. The stated rationale of the bans was national security concerns arising from China’s data-sharing law. The app ban was one of a number of actions taken by the Indian central government and states directed at Chinese business interests in India including canceling contracts with Chinese firms and putting up stringent checks on Chinese imports. As reported by the The Times of India, the ministry queried the apps on data collection and processing, compliance and privacy. The ministry said it was not satisfied with responses and retained the ban. The Times of India report did not mention if mitigation measures like storing data in India were discussed.

Generally speaking, a bilateral investment treaty is an agreement between countries to protect private investment by nationals and companies of one state in another state. If India breaches the China-India BIT, then Chinese investors are entitled to take the Indian government to international arbitration. Although the China-India BIT was terminated by India in October 2018, the sunset clause specifies that investments made before Oct. 3, 2018 would continue to be protected under the BIT until 2033.

Indian tech investment lawyers Prateek Bagaria from Singularity Legal and Anirudh Rastogi from Ikigai Law offer an analysis concluding that the banned Chinese apps are an investment. According to the authors, providing services to users can be regarded as a right to performance under a contract with financial value. ByteDance, in particular, was definitely an investor in India, as it had 2,000 local employees.

The second question is whether the Indian government breached the “fair and equitable treatment” requirement under the China-India BIT? The treaty guarantees that India will give Chinese investors fair and equitable treatment, which includes the obligation to give due process to investors, subject to an exception in extreme emergencies. Since banned Chinese apps have been operating in India for several years and the Chinese data-sharing law had been in effect before the blocking order that banned the apps. Bagaria and Rastogi find no apparent emergency justifying the order. In another commentary dealing with the same issues, South Asia University law professor Prabhash Ranjan raises the concern that the blocking order was arbitrary, weakening any defense under the emergency exception.

The belligerent connotations in announcing a strike against the Chinese apps — though thrilling for television news — could contribute to the Indian government losing in arbitration. Indeed the action against Chinese private investors is cast by the Indian government itself as arbitrary retaliation for the border clashes. Myriam M. Seers, an attorney at Canadian law firm Torys LLP and an expert in investor-state arbitration, notes that factors like the timing of the app ban, the government’s bellicose language, and any lack of mitigation discussion for data privacy concerns help to establish that there was a breach of fair and equitable treatment under the China-India BIT.

Chinese investors can look to a recently lost arbitration by the Indian government for a strategy of how to proceed. In December, U.K.-based Cairn Energy was awarded $1.2 billion in damages plus interest and costs following an arbitration over a retrospective tax disputed under the U.K.-India BIT. While Cairn Energy’s award was based on the amount taken by the Indian government to pay the retrospective tax, ByteDance could be entitled to compensation based on the fair market value of TikTok in India. TikTok had exploded in popularity by June 2020 with 600 million downloads. The company had announced plans to invest $1 billion in India before the ban, and sources privy to sale negotiations quoted by Tech Crunch valued TikTok in India north of $3 billion. There are several approaches to calculating fair market value, making any number debatable. But based on the popularity of the app and the company’s big local investment plans, Seers considers a billion-dollar award to be in the realm of possibility.

The Indian government is reportedly considering a settlement with Cairn Energy. The Times of India reported Cairn Energy might receive surrendered oil fields in lieu of the $1.4 billion. The Indian government does not have good options for overturning the award on appeal, and its refusal to honor the award will further harm its image with foreign investors. But while the Indian government is in the mood for capitulation against a British investor, Sino-Indian border tensions will mean a pugnacious attitude toward paying a huge award to a Chinese investor. Recalcitrant governments, however, do find themselves at the settlement table after feeling the disruptive effect of freezing orders on state assets.

The Chinese government has sought to keep economic ties off the battlefield. No action was taken by China in response to impair trade and investment with India. However, private Chinese investors now find impressive legal firepower at their own disposal.