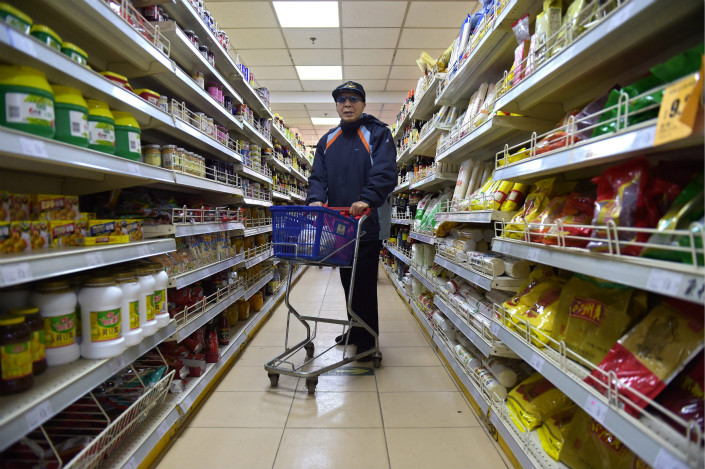 Beijing DMall E-commerce Co., an online retail service provider backed by Chinese supermarket Wumart Group, is planning an initial public offering in the U.S., according to people familiar with the matter.

Beijing-based Dmall is working with advisers and is aiming to list as soon as the second half of this year, the people said, asking not to be named because the matter is private. The firm could raise about $500 million, one of them said.

Separately, Wumart Group is weighing a potential IPO of its own in Hong Kong, the people said.

Plans are at an early stage and details such as size and timing could change, the people said. A representative for Dmall didn’t immediately respond to an emailed query to the media email address listed on its website. Wumart didn’t immediately answer a call to the company’s official phone number.

The company is competing in a crowded space that has attracted giants including Alibaba Group Holding Ltd. as they seek to reshape the country’s multi-trillion-dollar traditional retail industry.

Wumart, also known as Wumei, is one of the biggest retailers in China and the largest supermarket chain in Beijing-Tianjin-Hebei area, according to its website. The company operates more than 1,000 stores across the country and serves in excess of 30 million members.