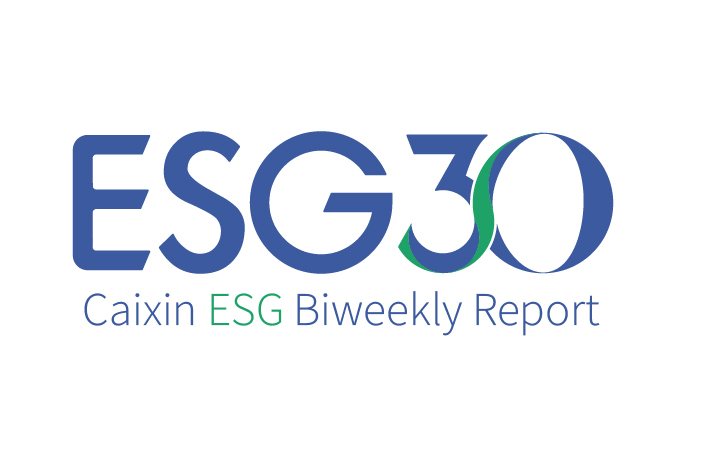 China is witnessing an exponential growth in the interest in ESG and sustainable investments. The Caixin ESG Biweekly Report will bring you a biweekly update loaded with insights on what is driving changes in business and investment decisions in the world’s second-largest economy. Stay tuned.

A task force sponsored by the Research Bureau of the PBOC released a paper titled “Driving the Robust Development of China's Carbon Finance Market” on Jan. 11. The report calls for an appropriate relaxation of market access, the participation of relevant financial institutions and carbon asset management companies in carbon finance market transactions and innovation in product management tools.

According to the task force, despite a solid foundation and huge potential, the development of China's carbon market still faces challenges including underutilization, incomplete policies and low financialization. If the carbon finance market is to quicken its pace of development, the spot market must be consolidated with the industrial foundation and the carbon finance system improved.

The study recommends aiming to meet the globally designated 2030 carbon emissions peak ahead of schedule. It also proposes studying and establishing a total carbon emission control system, specifying maximum emission levels for each industry and each region and strengthening assessments.

“Guiding Opinions on Coordinating and Strengthening Efforts for Addressing Climate Change and Environmental Protection”, released by MEE on Jan. 11, stresses the need for an action plan to achieve peak carbon emissions before 2030 as well as the comprehensive role of policy tools and measures throughout implementation. The report urges the formulation of special plans for carbon emissions peaks in key fields such as energy, industry, transport and construction. The steel, building materials, nonferrous metals, chemical, petrochemical, electric power and coal industries are specifically encouraged to set clear targets and corresponding action plans for peak carbon emissions. To facilitate the carbon emissions trading, China needs to accelerate marketization, system construction and basic capacity building so that the power generation industry becomes the main driver of trading of this kind nationwide.

Yuan Da, director of the Political Research Department of NDRC, said that NDRC will make swift efforts to introduce relevant policies and measures for a green, low-carbon and sustainable economy. This initiative will consist of six major aspects: optimization and adjustment of the energy structure, accelerated transformation of the industrial structure, more efficient energy utilization, the promotion of low-carbon technology R&D, better mechanisms for low-carbon development and an increase in carbon sinks.

Shanghai Municipality reported on the progress of China's 13th Five-Year Plan (FYP) for Ecological & Environmental Protection (2016-2020) and introduced ideas for the 14th FYP. According to Cheng Peng, head of the Shanghai Municipal Bureau of Ecology and Environment, Shanghai is striving to reach peak carbon emissions by 2025. Carbon emission reduction will be the fundamental of Shanghai's overall green transformation. The municipality will continue to advance adjustments in energy, industry, transport and agriculture, vigorously develop green and low-carbon industries, actively practice a green, low-carbon lifestyle and work on building a number of new green development pilot projects — including the Demonstration Zone of Green and Integrated Ecological Development of the Yangtze River Delta and the Chongming World-Class Eco-Island.

Beijing Municipal Ecology and Environment Bureau disclosed that in 2020 the municipality saw a drop of over 23% in carbon intensity from 2015. Beijing thus overachieved its 13th FYP target, successfully maintaining the lowest carbon intensity of all provincial-level regions across China. During the 14th FYP period (2021-2025), Beijing will continue steady reduction of its post-peak carbon emissions. Beijing is actively carrying out assessments on carbon peak and researching special programs for carbon emission reduction.

On Jan. 16, Wan Gang, former minister of science and technology, emphasized the importance of promoting hydrogen fuel cell applications in the commercial vehicle market to achieve carbon peaks and carbon neutrality. In the China EV100 Forum 2021, Wan pointed out that the application of hydrogen fuel cells would demonstrate a means to resolve issues of intercity traffic. He also suggested that these demonstration projects should differentiate across localities.

A Greener Finance Was Needed to Better Serve the Real Economy

Ma Jun, a PBOC’s advisor, published on Caixin expressing the need for transformation in the finance sector as the real economy shifts toward low-carbon and even carbon-free development. Ma said that changes in the finance sector must reflect the transition in the real economy and meet the huge demand for green and low-carbon investment and financing. He also pointed out that the various transformation-led financial risks must be hedged, including risks of default and impairment in high-carbon industries as well as systemic financial risks faced by some high-carbon regions. Ma is currently a member of the Monetary Policy Committee of PBOC and serves as director of the Green Finance Committee of China Society for Finance and Banking.

IIGF, a think tank in China, recently released the China Green Bond Market Newsletter 2020. According to the analysis, the total amount of Chinese labeled green bonds issued domestically and overseas had exceeded 1.4 trillion yuan ($215.9 billion) by the end of 2020. Green bonds issued domestically and overseas in 2020 amounted to 278.7 billion yuan ($42.9 billion), marking a decline from 2019. Non-labeled green bonds invested in green industries reached 1.67 trillion yuan ($257.5 billion) in 2020, scoring a threefold year-on-year increase, showing the bond market's strong support for the green industry. IIGF, abbreviation of International Institute of Green Finance, is a research arm under the Central University of Finance and Economics of China.

Energy Transitions Commission (ETC) believed that all new power demand will need to be satisfied by zero-carbon power generation in the 2020s, with no new investments in coal power during the 14th FYP period, in order to achieve peak carbon emissions before 2030 and carbon neutrality before 2060. Lord Adair Turner, chairman of ETC, suggested that this development strategy is both technically and economically feasible. On Jan. 15, 2021, ETC and the Rocky Mountain Institute cosponsored online conference "China Zero-Carbon Electricity Growth in the 2020s: A Vital Step Toward Carbon Neutrality" and released the research outcomes.

About China ESG30 Forum: launched by Caixin, China ESG30 Forum is a high-level committee that brings together 30 experts annually to discuss ESG-related theory, policy and practical issues in China.