Eichengreen: The Cost of Economic Growth During Pandemic Era 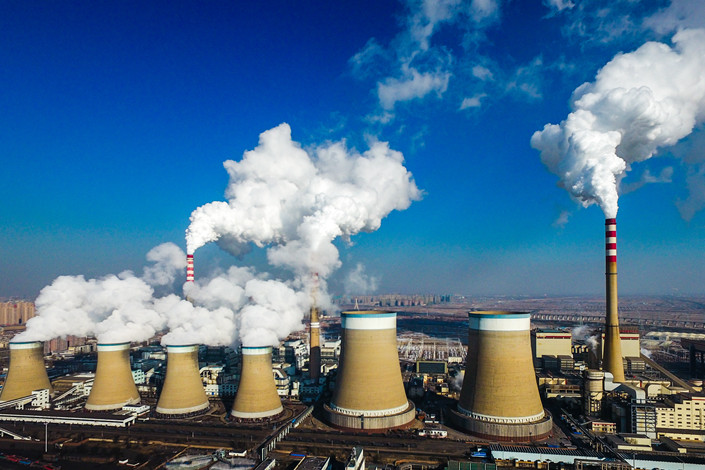 Barry Eichengreen is a professor of Economics at the University of California, Berkeley, and a former senior policy adviser at the International Monetary Fund.

By international standards, China has succeeded in navigating the Covid-19 crisis well. Task number one, of course, is containing the virus, and here China’s regional and municipal lockdowns have been effective. The country’s vaccination rate of slightly more than 1 per 100 residents as of January 20th puts it behind Europe and North America but ahead of most other parts of the world.

China’s economic performance has been outstanding by the modest standards of 2020. While every other major economy saw a decline in GDP, China avoided a recession and instead grew by 2.3 percent. This positive outcome resulted partly from the success of suppressing the virus, which allowed factory workers to go back to work. In addition, it reflected fiscal and monetary stimulus applied by the authorities.

Interestingly, the stimulus was more limited and targeted than that following the Global Financial Crisis of 2008-9, when China applied the largest stimulus of any country as a share of GDP. This time, in contrast, additional spending, loans, equity injections and guarantees amounted to some 5 percent of GDP, just a third of the G20 average.

This balanced approach was intentional. As Premier Li Keqiang put it, “We are now providing water so that the fish can survive – fish will die without enough water, but there will be bubbles if we provide too much water.”

In other words, too little liquidity and the economy could have become dangerously dehydrated. Too much, however, and financial imbalances would have been exacerbated. That the urban unemployment rate only ticked up from 3.6 percent in 2019 to 3.8 percent in 2020, while the overall debt-to-GDP ratio, according to official figures, rose by 10 percent, reasonable under the circumstances, is an indication that the authorities settled on, more or less, the right amount of water.

The question is whether this liquidity was channeled in the right direction. The authorities, recall, had already been engaged in efforts to rebalance the economy from investment to consumption. In May 2020 President Xi then endorsed a policy of “dual circulation” designed to reduce China’s export dependence, or at least to supplement the external demand with stronger internal demand. All this, recall, came on top of “China 2025,” an ongoing program to move the economy up the technological ladder.

In all these respects, the policy response in 2020 worked in the wrong directions. Some of this regression was unavoidable and happily is likely to prove temporary. That the investment share of GDP rose, while the consumption share fell, was inevitable under the circumstances. Shopping, tourism and entertainment spending are bound to be depressed in a pandemic when people are confined to their homes. It’s easier for government agencies to order State Owned Enterprises to invest than consumers to spend.

But consumer spending will bounce back once the virus is definitively under control, and the economy will be able to rebalance from investment to consumption. Top leaders’ invocation in December of the need for “demand-side reform” and suggestions that they will do more to address inequality are indications that consumption is now likely to grow more strongly than before.

Similarly, some observers bemoan the fact that exports grew more quickly than imports last year, causing the trade surplus to widen. Again, this was unavoidable, given the subdued state of consumer spending. But if consumption now recovers, as it should, the surplus will narrow. There will be no lasting damage to the structure of the Chinese economy or its relations with foreign trading partners.

Where China could have done better was in targeting investment. In order to keep unemployment from rising, the authorities poured funds into old industries already saddled with excess capacity. Coal-fired power plants are the best example. Prioritizing coal rather than, say, renewable energy works against China 2025, coal power not exactly being a state-of-the-art technology. It works against the climate-change-abatement objectives announced by President Xi at the United Nations General Assembly. It augers financial problems since, given existing overcapacity, few if any of these plants will pay for themselves.

The question is why the government didn’t direct fiscal stimulus and credit toward China 2025 industries, not only green energy but also information technology, robotics, new materials, medicine and medical devices and aerospace equipment.

One answer is that the central government is serious about moving away from coal power, but provincial governments are competing with one another to grab a larger share of the coal-power “pie.” Alternatively, it may be that China’s existing capacity in steel, cement and heavy engineering makes it easier to quickly ramp up power-plant construction than these other activities. Or it could be that the market leaders in these high-tech sectors are private firms apt to respond less obediently to official incentives and instructions, compared to the SOEs involved in power-plant construction.

If so, directing the stimulus more heavily at China 2025 sectors and less at old industries might have risked a further rise in unemployment. One wonders whether Chinese leaders might not look back a few years from now and ask whether this was a risk worth taking.