Malaysia to Spend $3.7 billion Over Next Decade to Roll Out 5G Connectivity 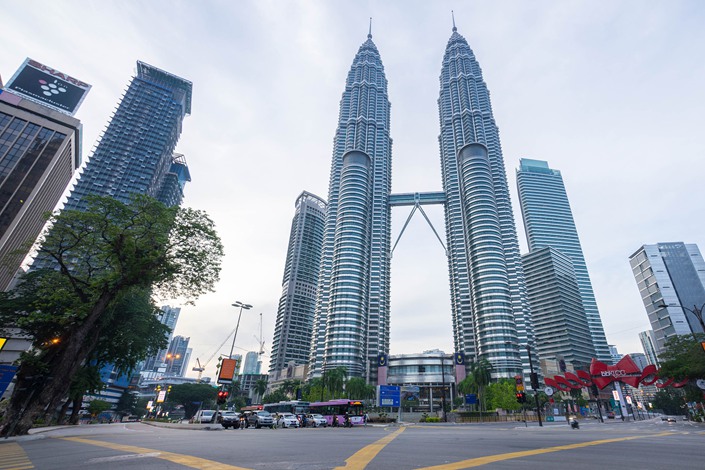 (Straits Times) — Malaysians can expect faster and wider Internet connections in the coming years as the government is injecting RM15 billion ($3.7 billion) to roll out the country's 5G network over the next 10 years.

The 5G roll-out will begin in some areas by the end of this year, said Prime Minister Muhyiddin Yassin at the launch of the MyDigital & the Malaysia Digital Economy Blueprint on Friday (Feb 19).

The 5G technology will boost healthcare, such as enabling "health monitoring applications for chronic patients, smart emergency assistance and special applications for senior citizens who are living alone", he said.

The Covid-19 pandemic, which has forced many workers to work from home and students to go online for their lessons, has shown the need for faster Internet service, he said.

There have been reports of students climbing trees or hills for better reception, particularly in large states with poor broadband penetration such as Sabah and Kelantan.

The 5G network could be up to 20 times faster than current 4G mobile connections .

"The role of digital technology has become more obvious over the last one year when the Covid-19 pandemic created challenges for countries to continue life as normal," Tan Sri Muhyiddin said. "It has never been clearer that technology is a convenient tool for advancement in the best of times, and an essential tool of survival during the most challenging of crises."

Among the aims of the Malaysia Digital Economy Blueprint were tackling digital inequality in education by providing all households with access to the Internet, and all students access to online learning.

Malaysia's household Internet penetration rate improved from 87 per cent in 2018 to 90.1 per cent in 2019, according to government data, but the country suffers from a lack of high-quality Internet infrastructure in rural and remote areas.

A total of 35.3 per cent of urban households had access to fixed broadband in 2019, compared with a mere 11.7 per cent of rural households.

The roll-out of 5G is a key plank in the RM22 billion National Fiberisation and Connectivity Plan, which the Perikatan Nasional government led by Mr Muhyiddin has promised to maintain despite the change of government.

Mr Muhyiddin said the government, through its Cloud First strategy, has targeted the migration of 80 per cent of public data to hybrid cloud systems by the end of 2022.

"All these cloud services will allow Big Data, AI (artificial intelligence), IoT (Internet of Things) and other applications to be utilised to enhance and strengthen government services," he said.

The premier in his speech said between RM12 billion and RM15 billion will be invested by Cloud Service Provider (CSP) companies over the next five years.

The government has so far given conditional approvals to four CSP companies - Microsoft, Google, Amazon and Telekom Malaysia - to build and manage hyper-scale data centres and cloud services, he said.