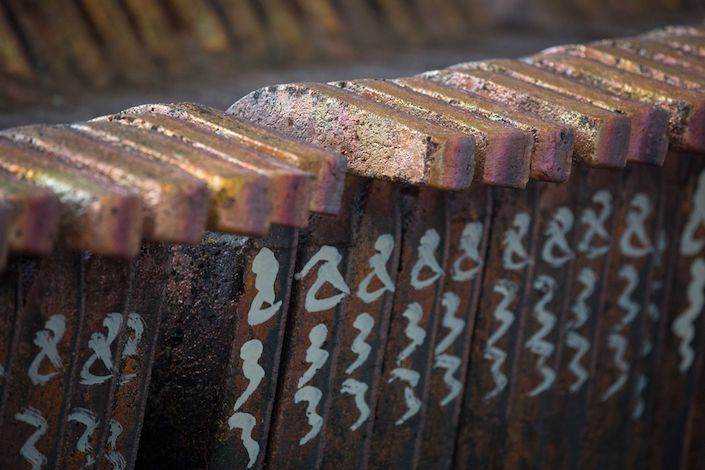 (Bloomberg) — Copper rose above $9,000 a metric ton for the first time in nine years, taking another step closer to the record high set in 2011 as investors bet that supply tightness will increase as the world recovers from the pandemic.

Copper is surging amid a broad rally in commodities from iron ore to nickel, while oil has gained more than 20% this year. The bellwether industrial metal has doubled since a nadir in March, boosted by rapidly tightening physical markets, prospects for rebounding economic growth and the expectation that a years-long era of low inflation in key economies may be ending.

Investors are also piling into copper on a bet that demand will surge in coming years as governments unleash unprecedented stimulus programs targeting renewable energy and electric-vehicle infrastructure, which will require huge volumes of the metal.

“The list of bullish factors for copper is extremely long,” Max Layton, head of EMEA commodities research at Citigroup Inc., said by phone from London. “A lot of the most bullish developments are really going to play out in the next few months, and therefore we think it’s going to be sooner rather than later that it gets to $10,000.”

In some areas of the physical copper market, supply conditions are the tightest in years and may come under even more pressure as smelters in top consumer China face shrinking profit margins for processing raw ore into refined metal. Copper treatment charges, an indicator of refining margins, are at $45.50 a ton, the lowest since 2012. One leading supplier is considering cutting output in a potential blow to buyers.

Surging prices are a boost for miners, driving up stock prices and raising the prospect of more blockbuster returns to shareholders. Jiangxi Copper Co., China’s top producer, gained as much as 20% in Hong Kong to the highest level since 2012, while U.S. producer Freeport-McMoRan Inc. closed at the highest since 2014 on Friday.

With inflation expectations already increasing around the world, the sharp rally in commodities including copper could soon start filtering into the price of end-use goods, raising costs for governments with big infrastructure spending plans.

The risk of faster inflation has prompted a selloff in bonds globally, with the benchmark 10-year U.S. Treasury yield jumping Monday to the highest in about a year. The gap between 5-year and 30-year yields reached the widest since October 2014, moving past yet another historic level on signs of strength in the reflation trade.

Wilting real returns in the bond markets could drive further inflows into copper, creating an inflation feedback loop and intensifying the clamor for hard assets as prices rise.

There are already signs of emerging tightness on the London Metal Exchange, as spot contracts trade at a premium to futures. That pattern, known as backwardation, was a feature of the market during a record-breaking boom in Chinese demand last year and suggests that spot demand is once again outpacing supply as exchange inventories run low.

In China, the SHFE contract hit the daily limit. Other metals rose, with LME nickel gaining as much as 2.7% and tin climbing to the highest since 2011.