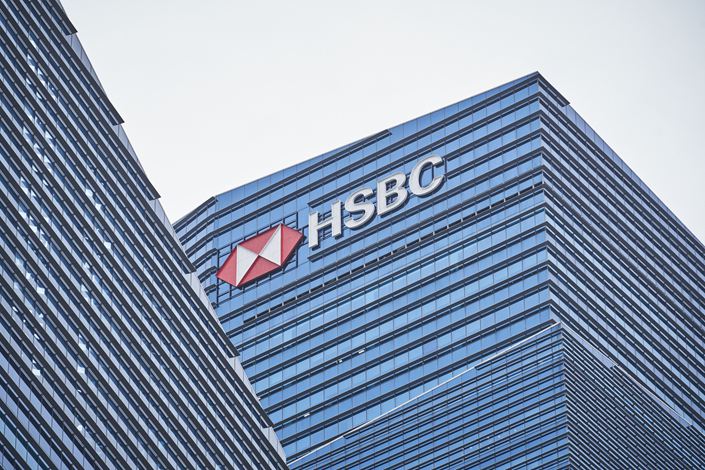 (Bloomberg) — HSBC Holdings Plc will shift billions of dollars of investment to Asia’s faster growing economies as it looks to become the go-to bank for the region’s wealthy.

The London-based bank said it would divert capital from its investment bank in Europe and the U.S. to fund the expansion of its Asian businesses. Europe’s largest lender said it would spend more than $6 billion over the next five years to expand its Asian operations, in particular its wealth management arm.

“We are going to stop trying to be everything to everyone,” said Chief Executive Officer Noel Quinn, speaking on a call with analysts. “The new story here is Asia wealth.”

The bank said it expected Asia’s share of group capital to rise from about 42% to more than half the total within the next years, a move that is likely to be accompanied by the relocation of several of the company’s top executives from London to Hong Kong.

“It’s logical to have more of the management team down there,” Chief Financial Officer Ewen Stevenson said in an interview with Bloomberg Television. “Fifty percent of our revenues, and the bulk of our profits, now come from Asia and certainly the thrust of our growth aspirations are in Asia.”

While earnings beat consensus forecasts, adjusted pretax profit halved, the bank said. Despite the profit slump, HSBC said it would resume paying a dividend of $0.15 after British regulators relaxed a ban intended to preserve capital last year after the virus outbreak.

The bank also said it was looking to reduce its “office footprint” by 40% over the next years as more of its staff move to hybrid working arrangements pioneereed during the pandemic.

The bank said it was largely sticking to cost cutting plans that will reduce its workforce by about 35,000. HSBC said it shrank staff numbers by 11,000 in 2020 and that more shrinkage was inevitable.

Analysts at Jefferies said the strategy looked “a bit dull in our view” and pointed to the lack of anything “concrete” in terms of the future of its retail businesses in France and the U.S.

Shares were down 2% at 12:26 p.m. in London. Shares in HSBC had risen as much as 6% in Hong Kong on the back of the announcement before paring gains.

The bank’s planned Asian investments include $3.5 billion earmarked for its wealth business, which is expected to hire more than 5,000 new wealth planners over the next three to five years. The investment comes at the expense of HSBC’s global banking and markets division, which houses its investment banking operations.

Volatility in the markets brought on by the pandemic saw revenue from fixed income trading rise 33% over 2020 to $6.3 billion. But a 2% rise at the equities unit fell well short of its Wall Street rivals, and advisory fees fell 2% to $3.8 billion

“We are essentially reducing the amount of capital we have invested in our global banking and markets business globally and reinvesting that capital into wealth and commercial banking,” said Quinn, speaking in a telephone interview with Bloomberg.

The bank hopes commercial banking and markets will drive “double-digit growth in profit.” It singled out markets in southeast Asia such as Singapore, as well as China and Hong Kong.

China’s crackdown on Hong Kong has increasingly forced HSBC to accept criticism from the U.S. and U.K. as a cost of doing business in the region. Quinn was summoned to testify to British lawmakers this month over the lender’s decision to close the accounts of an exiled Hong Kong democracy activist.

Expected credit losses last year hit $8.8 billion, as expected at the low end of a previously announced range of $8 billion to $13 billion. HSBC expects them to be materially lower this year.

The bank is targeting getting its cost base down to $31 billion or less in 2022 as well as a $100 billion reduction in gross risk-weighted assets. It doesn’t expect to reach a return on average tangible equity target of between 10% and 12% in 2022, but will now target a return of 10% or above in the medium term.