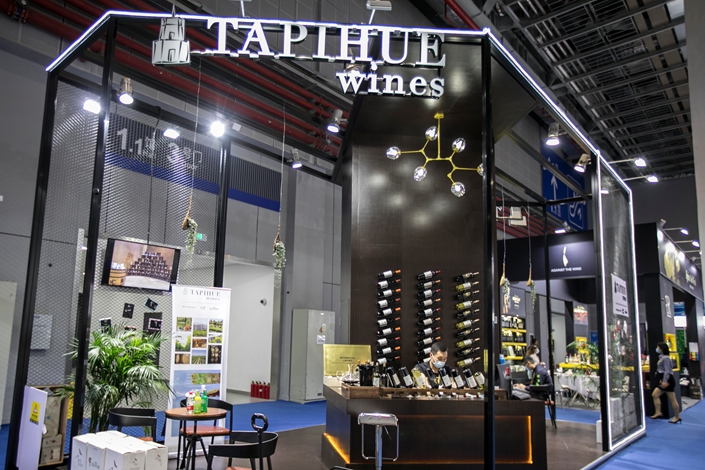 (AFR) — Penfolds owner Treasury Wine Estates has axed up to 60 positions from across its China wine business following the punishing wine tariffs imposed by the Chinese government.

It is understood between 50 to 60 people were made redundant in the restructuring announced internally. Most of the redundancies are in the sales and marketing area, but have occurred right across the business.

Staff in China have been attending a “town hall” style internal meeting on Friday. The main office is in Shanghai.

The restructuring was confirmed by Treasury Wine Estates.

The move comes in the wake of the tariffs imposed by the Chinese government on Australian wine producers late last year as high as 212%. Treasury Wines was hit by a tariff of 169%.

Chief Executive Tim Ford said on Friday that restructuring in China had followed the provisional tariffs imposed by the government in Beijing.

“The introduction of provisional measures imposed on Australian wines by the Chinese government as part of its investigations, which remain ongoing, have required TWE to adjust our operating model in China,” he said.

“Unfortunately this means changes to our local China-based team,” he said, adding: “Our focus is on supporting the impacted team members and continuing to provide them with the utmost care and respect during this time”

Ford said earlier this month the company had not given up on the China market, and would persevere because there was still demand for the flagship product, Penfolds.

It comes as more than 23,000 liters of Australian wine was turned away from Chinese ports because of labelling issues last month, as Beijing signaled it would not back down on its trade impasse with Australia.

The release of the latest China customs data showing wine from Treasury Wine Estates and Badger’s Brooke Estate was held up at ports in Shenzhen and Chongqing came as a senior Chinese official signaled Beijing would further restrict billions of dollars of Australian exports.

Treasury Wines on Feb. 17 split out the contribution from mainland China for the first time when it presented its interim fiscal 2021 results. It showed profits tumbled 37% to A$78.8 million ($62.6 million) for its China business in the six months ended December 31, compared with a year earlier.

Ford said on February 17 the group was expecting “minimal” profits from China in the June half, but it would not be abandoning the China market. Preliminary work is taking place on an eventual range of a Chinese version of Penfolds using grapes from China.

“There’s absolutely a long-term ambition of having a China-sourced Penfolds portfolio,” Ford said. “We’re not giving up on China at this point.”

The company will further heavily invest in trying to stamp out counterfeit Penfolds wines in China, which has been a constant problem over the past decade as locals tried to piggyback on the brand’s enormous success.

Ford also said Penfolds would become a separate standalone division internally under a new operating model where the company would scrap most of its geographic divisions from July 1 and move to one based on brands.

Work on any splitting off of Penfolds out of the company is on hold. The three new internal divisions will be known as Penfolds, Treasury Premium Brands and Treasury Americas.