China Fintech Curbs That Hit Ant Group Were No Surprise, Ping An Says 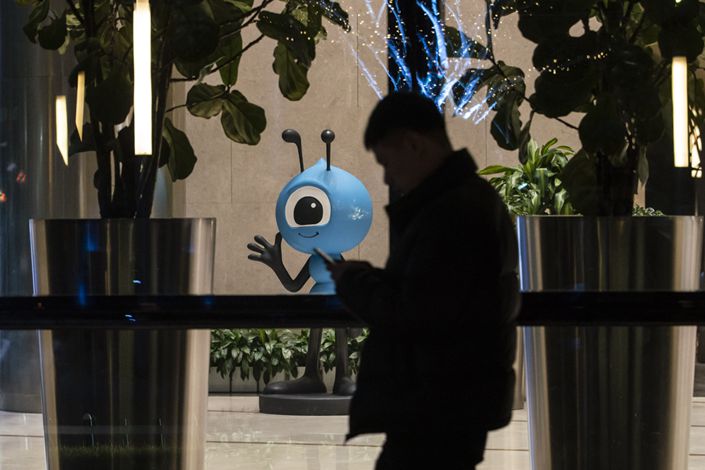 An employee walks through the campus of Ant Group’s headquarters in Hangzhou, East China’s Zhenjiang province, on Jan. 20. Photo: Bloomberg

(Bloomberg) — China’s curbs on fintech that thwarted a massive stock sale by Ant Group Co. Ltd. have been under consideration for years and weren’t a surprise to those in the industry, according to an executive at China’s biggest insurer by market value.

Like Ant, Ping An Insurance (Group) Co. Ltd. was in the midst of planning a public listing for a fintech unit when regulators began issuing a flurry of rules to contain the country’s burgeoning online lending industry. Its Lufax Holding Ltd. debuted on the New York Stock Exchange days before the most-sweeping checks were unveiled in November, followed closely by the abrupt suspension of Ant Group’s initial public offering.

“Chinese regulators don’t suddenly throw a regulation at you and say ‘we will do this,’” Tan said while on a visit to her native Singapore. “Every regulation that has been announced, it’s not a surprise to any of us, including Ant. Ant knows these regulations as well.”

Despite the warnings, global investors and bankers were caught off guard when the authorities derailed Ant Group’s planned $35 billion IPO on the eve of its listing, pointing to the changed regulatory environment. The IPO had created a frenzy, with orders topping $3 trillion and shares in the gray market trading at a 50% premium to the offer price.

Ant, Lufax and their rivals must now comply with new rules that curb expansion and force firms to boost capital to finance lending.

“These regulations have been discussed for the past two years, so all of us know” them, Tan said, citing warnings in Lufax’s public offering documents. “For us, we’ve already complied with the regulations, so we don’t expect any change.”

Lufax warned in its prospectus that China’s retail credit and wealth management industries “may not develop as we anticipate,” and the regulatory frameworks “remain uncertain for the foreseeable future.”

During a roadshow before the listing in October, the company said it planned to increase the proportion of loan risk it bears with lending partners to 20% from 2% because of potential regulatory demands, people familiar have said.

Proposed online microlending rules announced on Nov. 2 called for platform operators to provide at least 30% of the funding for loans extended jointly with partners including banks. Ant Group’s IPO was halted the next day, just two days before the planned listing in Hong Kong and Shanghai.

Ant Group, Jack Ma’s fintech juggernaut, wasn’t aware of the draft regulations until they were published to solicit public comments, the company said in a emailed statement. The company had fully disclosed in its prospectus all known material risks, including those relating to potential regulatory changes, Ant Group said.

The document carried lengthy warnings about China’s “highly complex, continuously evolving” regime, and also outlined Ant’s response at the time to draft rules on financial holding companies that would be subject to additional scrutiny.

China’s regulatory clampdown continues to weigh on its fintech sector as more rules are rolled out. Authorities announced new requirements on co-lending last month, capping the business at no more than 50% of banks’ outstanding loans. The New York-traded shares of both Ping An units tumbled last week, joining a tech sell-off.

As the price movements show, “investors are still worried about regulatory tightening,” said Kevin Kwek, a Singapore-based analyst at Sanford C. Bernstein. While the latest rule impacts Ant more due to its size, “investors generally expect that tightening isn’t quite done yet.”

Lufax, which was once among China’s largest peer-to-peer (P2P) lenders, was forced to morph into a financial giant offering wealth management and retail lending after Chinese authorities launched a sweeping crackdown on the P2P sector three years ago.

Lufax reported a 17% jump in fourth-quarter profit as tax expenses dropped, even after cutting loan rates for borrowers to comply with relevant new rules. It also gave guidance for a 48% surge in net income for the first quarter from the previous three months.

Shenzhen-based Ping An has been growing in other parts of Asia and beyond. OneConnect Financial has expanded into 14 countries, most recently in Abu Dhabi, the Philippines and Malaysia. The firm is looking to hire about 100 people in Southeast Asia, adding to a staff of 400, after revenue grew about 40% last year, she said.

“The big trend is that all financial institutions will increasingly spend more and more on technology,” said Tan, who built the fintech unit about five years ago. OneConnect will help fill the gap with software and innovation for firms that aren’t able to do it all themselves, she said.