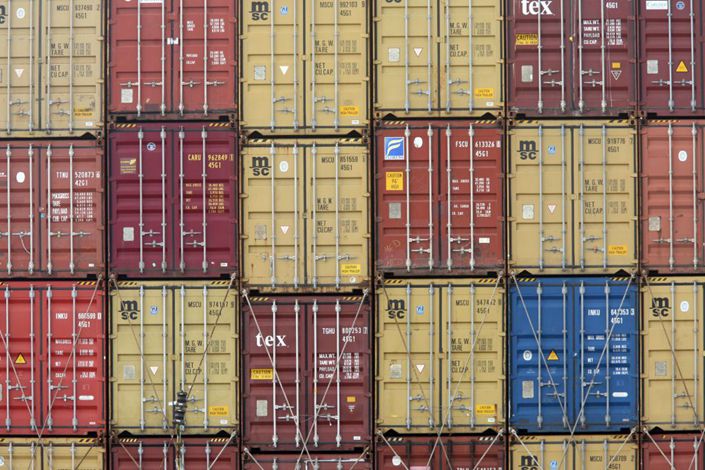 (Bloomberg) — DP World, China Harbour Engineering Co. and an unidentified Qatari company are all seeking roles in Sudan’s ports, intensifying a global tussle for influence on a key stretch of the Red Sea coast.

Sudan’s state-run Sea Ports Corp. is considering China Harbour’s offer of $543 million in funding to expand facilities at the historic port of Suakin, the head of the board of directors, Abdul Gadir Abu Ali, said in an interview. The African nation would repay the sum over 30 years, he said.

The Chinese firm is vying with a Qatari company, Abu Ali said, declining to give its name. Qatar agreed with Sudan to develop Suakin seaport in March 2018, about a year before longtime dictator Omar al-Bashir was ousted in a popular uprising. The deal wasn’t finalized.

DP World, meanwhile, has expressed interest in developing the southern terminal at Port Sudan, the country’s main maritime transit point, according to a person familiar with the discussions who asked not to be identified. Sudan in 2019 suspended a contract to operate the facility held by International Container Terminal Services Inc., a Filipino company.

After the fall of Bashir’s 30-year regime that was a pariah in the West, Sudan is recalibrating its foreign relations, balancing revitalized ties with the U.S. and those with other world powers. Its coastline on the approach to the Suez Canal has been the latest patch of Africa’s seafront to see interest from foreign companies and governments.

Further south, the United Arab Emirates has used a base in neighboring Eritrea during the Yemen conflict, while the tiny nation of Djibouti is home to U.S, French and Chinese military facilities.

In Sudan, Russia has moved forward with plans for a naval logistics base initially agreed during Bashir’s reign, while a U.S. warship recently docked in the country for the first time in decades. China Harbour is already developing a port for shipping livestock at Haidob, south of Port Sudan.

A DP World spokesman said it didn’t comment on “market speculation.” Calls to numbers on China Harbour’s website for its offices in Beijing and Sudan’s capital, Khartoum, didn’t connect.