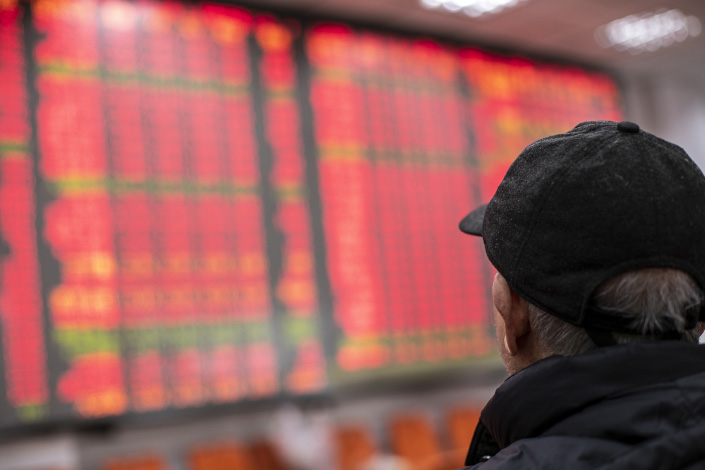 Since last winter’s panic, global investor sentiment shifted fast. With stocks soaring off March’s lows and into 2021, investors increasingly believe little can derail the bull market. Signs of outright euphoria are starting—in China and beyond. Sound like time to sell? Don’t — not yet. Warming sentiment — even into euphoria’s early stages — is common in later-stage bull markets and routinely fuels tremendous returns. Enjoy that while staying vigilant for signs of real trouble.

That February, Chinese Industrial Confidence surveys hit their lowest level since January 2009. The percentage of bearish U.S. individual investors tabulated by the American Association of Individual Investors (AAII) nearly doubled from mid-February to mid-March. In mid-February, bulls outnumbered bears by 14 points. By May, bears outnumbered bulls by 29 points — despite nearly two months of swift stock gains.

Global fund managers’ collective equity allocation plunged in March and April — to its lowest level since the 2009 financial crisis’s depths. In April, State Street’s gauge of Asian institutional investor confidence plunged to its lowest since its January 2009 inception. ZEW’s eurozone investor confidence survey also hit record lows in June. Wherever you looked, nearly everyone believed dark times lay ahead for the global economy and stocks.

While I’m short-term optimistic, as I’ve noted here before, this is no typical bull market. Warming sentiment this early backs that view. Hints of outright euphoria are even starting. High-profile debuts helped boost Chinese and Hong Kong IPO issuance to 471.1 billion yuan in 2020’s second half — 37% higher than all of 2019. China-based firms also raised nearly $12 billion in U.S. IPOs — the most since 2014. In America, special-purpose acquisition companies (SPACs) — firms that go public to raise cash and acquire private companies — are dominating debuts. Many of them now eye flashy Asian tech startups. Worldwide IPO activity — though not yet at nosebleed levels — remains strong in 2021.

Optimism isn’t baseless. As I noted last month, 2020’s global downturn had the magnitude and fundamental cause to make it a bear market by definition. But it acted more like a hugely oversized correction. Hence, world stocks now behave like this is Year 12 of a 2009 — 2021 bull market, not as if a brand new cycle started. That suggests the value stocks that pundits now hype for will falter again. It favors the fat-margin growth stocks that typically lead late, as I have said since the rally began. That is good news for China, where big, growthy tech and tech-like consumer discretionary stocks powered 2020’s strength and should continue leading.

Consider America’s S&P 500 in U.S. dollars for its longest history. Exclude the 2009-2020 bull market because of the pandemic’s oddities. Divide the post-World War II bull markets into sixths by their lifespans. The first sixth is strongest, with 40% average annualized returns. The last sixth—where I think we are today—is second, at 24%. There are no guarantees, but selling too early risks missing these big gains.

China’s past boom-and-bust cycles make this harder to fathom. You don’t need me to tell you that while the CSI 300 soared 157.3% in the 12 months preceding 2015’s top, the 12 months thereafter were awful. That pattern was supersized surrounding 2007’s peak, too. But China’s market is more mature and diversified than just six years ago. That tells me global market history is a better guidebook for you today.

Look globally, and you will see outright euphoria’s arrival is no sell signal. Worldwide euphoria last came in the late 1990s, but the 2000-2002 global bear market didn’t begin until many months later. For a bull market to die via sentiment it must reach where any near-term negatives makes lofty expectations unattainable. In 2000, tech froth blinded people to global central bank tightening in reaction to prior overheating. Most observers who saw it dismissed it as part of the “old economy.”

Also, there is no need to pinpoint bull market peaks. Last year’s tumble aside, global bear markets normally begin with a whimper, not a bang. They roll over gradually, averaging only about -2% monthly declines — unlike shorter, sentiment-driven corrections, which drop steeply off the top. Big bear market plunges come later on — typically about two-thirds of declines occur in a bear market’s final third by duration.

Hence, I follow a three-month rule: Never sell until you’ve seen higher prices three months earlier. Are those declines close to 2% per month? Can you identify a fundamental bear market cause few see? If so, you may have spotted a bear market — without being down much. But a plummet off the peak with no fundamental un-priced cause usually signals a correction. Selling risks getting whipsawed by a quick reversal. Sit tight.

So while optimism builds, stay cool. Don’t cut and run for fear of a future top. But don’t get carried away, either — no matter how great returns are. Greed is growing — a tell-tale sign we are later in this bull market than almost anyone thinks. Dismiss it at your own risk.