By Joel Gallo and Leon Wu 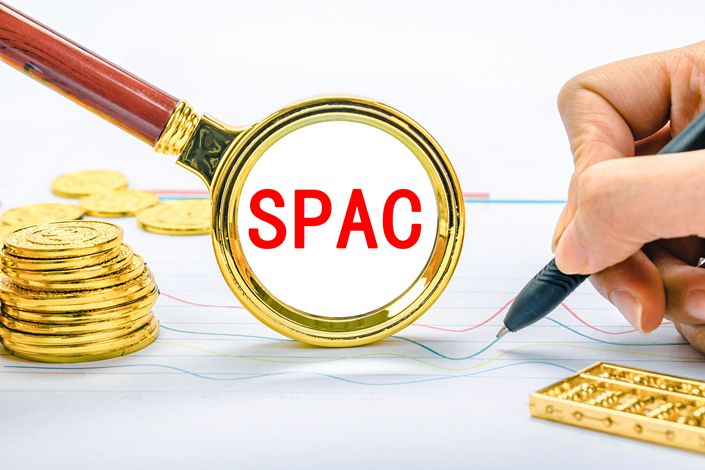 Despite the intense clamoring to grab a share of a SPAC, some remained unconvinced. Photo: VCG

Until last year, most people had never heard of SPACs. Those in the know, equated these shells or blank check companies — whose singular aim is to acquire a target company — with shady investment vehicles, attributed to their dubious historical performance. Lurking in the shadows and mostly out of sight, SPACs or special purpose acquisition companies made a stunning comeback in 2019 and 2020.

How hot are SPACs? According to Deal Point Data, 247 SPACs were completed in 2020, raising $75 billion, or just over 50% of the total number of deals, accounting for almost half of IPOs by market value. SPACs are so in vogue that high-profile individuals from the world of sports, entertainment and beyond, seemingly disconnected are strung together by this common financial thread. Reminiscent of the euphoria at the height of the dot com bubble in 2000, when crowds of backers funded an assortment of internet companies, today SPACs are launching at the rate of four per day. Are these vehicles the real deal — the latest disruptive force to shake Wall Street or just another financial gimmick?

Advocates of the SPAC model stress that these blank check firms are filling a void in the capital markets, by allowing fledgling companies to go public earlier than in a traditional IPO. Over the years, startups have stayed private longer, averaging four years in 1999 and increasing to eleven in 2018, as the rush for a public listing — the crowning achievement for a business — has ebbed. Weighed down with regulations including stringent compliance and reporting concerns, high costs to list and an invasive due diligence process akin to a corporate colonoscopy — some firms would rather not deal with the hassle, expense and rigidity of going public.

Times have changed. The private market — angel investors, venture capital and private equity awash in capital are sitting on a mountain of committed but unallocated capital, known as dry powder — has stepped in to fill the funding gap. As a result, SPAC supporters highlight the role of shell companies as a means for investors to back startups early, earning money that would normally accrete to private market investors.

So why the euphoria over SPACs? Lower cost and shorter timeframes compared to traditional IPOs have won many admirers. Equally important, some acquisition targets can commandeer a higher price via a SPAC sale than through the private markets. This implies, however, a disconnect between higher valuations found in the public markets vs. lower estimates in the private sector for comparable businesses, which a euphoric market, trading near an all-time high enables.

Other advantages include price discovery — quicker feedback, earlier in the process on valuation from market participants. By comparison, in a traditional IPO, the pricing mechanism occurs at the tail end of an exacting regulatory filing process and investor roadshow. Sophisticated investors and executive management teams are relying on SPACs to blunt risks of traditional IPOs. This takes on greater significance in a period of uncertainty, due to a number of exogenous factors the market was subject to in 2020 — the U.S.-China trade war, Covid-19 and a contested presidential election.

For these reasons, 2021 will most certainly eclipse the records set last year. According to SPACs Analytics, through the third week of February, there were already 160 SPACs, valued at $48 billion, accounting for over 70% of the IPOs year-to-date, representing 65% of total IPO proceeds. Put another way, it only took seven weeks this year to reach 64% of the number of deals tallied in all of 2020.

Despite the intense clamoring to grab a share of a SPAC, some remained unconvinced. Unlike a typical IPO, where a private business offers to sell its securities, which are valued through a market price discovery mechanism, the SPAC brain trust — composed of sponsors, directors and other officers — are entrusted for determining how to value a private firm and how much the SPAC will pay to acquire it. The financial interests of this group can and do diverge from the interests of shareholders, creating a scenario where sponsors are not incentivized to avoid overpaying for a business.

Another concern is that a shell may not be able to identify and close a business combination with a suitable company within the typical 24-month timeframe. While a sponsor is motivated to get the deal done as quickly as possible, 75% of the SPACs unveiled last year have yet to do a transaction. In such a crowded field, with SPACs roaming the marketplace, looking for a firm to acquire, it is conceivable that some will never tie the knot with a target company.

Adding to the anxiety is a ticking clock. As the looming deadline moves into sharper focus, a SPAC’s negotiating power dwindles, leaving it in a weakened bargaining position with a tendency to overpay for a business. Furthermore, few SPAC sponsors request an independent valuation from a third party to justify the purchase price.

One of the biggest sources of risk is how much of the capital contribution will stay. “The institutional investors in the SPAC IPO, who provided money can withdraw during de-SPAC process. So, if a SPAC is to bring any serious new capital into the target, it needs to do so through a PIPE transaction,” according to Fred Wang, founder of Pinewood Circle Capital. Wang adds that, “A competent banker will need to line up some additional PIPE financing before the money leaves and part of that depends on how public market ready the target company is.”

Closing the deal is not a given and due diligence is key. Though much of the spotlight falls on the headline-grabbing sums of money raised and the A-list personalities involved, behind the scenes, once a target company has been identified, public readiness initiatives — the unglamorous work of transforming a firm into a public market ready entity — begins in earnest. Auditors and management consultants advise on establishing or strengthening the internal control framework to meet the taxing demands of a public firm, including investments in scalable technology to support expanded corporate functions that typically go beyond the understanding of many private entities.

Special attention is given to demanding reporting requirements, as well as the Form S-4 filing and other schedules to be filed within days of closing the transaction. In the post-deal announcement period, it is critical that a firm make a concerted effort given the compressed SPAC merger timeline. Upon closing the transaction, the target company, like all other publicly listed firms will be subject to complex reporting requirements and regulatory scrutiny. Failure to do so lands the business in regulatory hot water, leads to negative press, and likely market value erosion.

Despite the risks, the SPAC pipeline remains fully stocked and the trend is certain to continue for the foreseeable future. Many sponsors are serial dealers with multiple shells to their name, which entices others from beyond the world of finance to join the party. While SPACs make a compelling case as an effective, non-traditional way to bring a company public, the risks are very real and undeniable. Caveat emptor — let the buyer beware.

Joel A. Gallo is CEO of Columbia China League Business Advisory Co., a Guangzhou-based management consulting firm. Leon Wu is chairman and CEO of Weilock Group based in New York.