Opinion: How Elites Could Respond to Populist Backlash Against Intellectualism Post-Pandemic 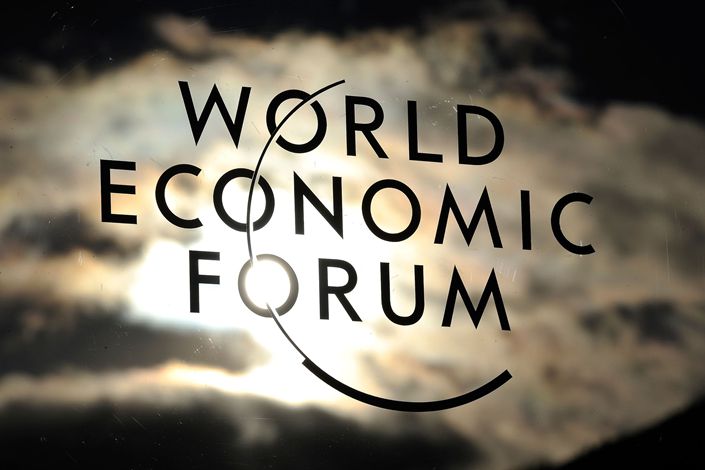 Public have been stunned by a “populist backlash against experts who have become identified with elitism and intellectual arrogance,” write Tomas Casas Klett, a professor at the University of St. Gallen and Lee Howell, a managing director at the WEF. Photo: VCG

The Covid-19 pandemic continues to challenge public and private sector leaders around the globe. The cautious optimism around mass vaccination programs is countered by growing concerns over the spread of more contagious variants. Public health experts understand that they are in a race against time, but what has stunned them is a “populist backlash against experts who have become identified with elitism and intellectual arrogance.”

Despite the United States experiencing more than half a million Covid-related deaths, such views have hardened in the country, even after the recent presidential elections. Political pundits there continue to espouse narratives such as this view by Wall Street Journal writer Barton Swaim:

“The great theme of the Trump years, the one historians will note a century from now, was the failure of America’s expert class. The people who were supposed to know what they were talking about, didn’t.”

The popular backlash against the notion of “expertise” is not unique to the U.S. It is also a growing concern in Europe, where the EU is funding a research project to study the role of expertise in democracies and how science should inform political decisions.

Worldwide trust in societal leaders and elites across most disciplines, including religious leaders, has declined, according to the latest survey findings of the Edelman Trust Barometer. Surprisingly, trust in business (61%) is higher than in government (53%), while business was also considered by respondents to be both more ethical and competent.

Interestingly, business also recognizes the relationship between expertise and elite leadership far better than most other institutions. By law, companies must maintain a board of directors but many also have boards of advisors. As one blogger observed:

“[A]dvisors are nominally experts, while directors are nominally elites. Directors are far more powerful, are lobbied far more strongly, and are paid a lot more too. No boards of advisors are usually not asked for advise, they are mainly there to add prestige to an organization. But prestige via their expertise, rather than their general eliteness.”

What then are elites? Elites are the individuals and coalitions operating the business models that produce the highest levels of value creation in the economy. Except, of course, that sometimes “elite business models” are extractive. In the abstract, elites provide the coordination capacity that is needed to address complicated governance challenges. Elites generate and rely on expertise, otherwise their business models are not sustainable.

Specifically, elites include entrepreneurs, top civil servants, union leaders, financiers, generals, thought leaders, religious heads or top executives. Elites are so controversial that even the word itself is divisive. Throughout modern history they have been blamed variously for society’s maladies, selfishly running business models that maximize their own wealth at the expense of society. Is there truth is such an indictment? Or on the contrary, could elites have been the key experts, the drivers of economic, and technological development throughout history? Relatedly, we might compare elites across the world and ask today in which countries elites are of “high quality.”

A global network under the academic leadership of the University of St. Gallen has produced an index — the ‘Elite Quality Index’ (EQx) - that ranks nations based on the value creation of their elite business models. This novel EQx is a political economy index that shows whether the sum of elites in a country enlarges the country’s overall economic pie for all stakeholders, or whether elites just grow their own slice for themselves.

How does the EQx assess elites?

EQx uses a published transparent methodology that reevaluates existing datasets through the lens of value creation vs. value extraction. At present 72 existing indicators are collected, interpreted, collated and organized around the four index areas. The final outputs are the EQx country scores and a global rank. EQx consists of two important subindices — “power” and “value”. The first subindex measures dominance of elites and at high levels it penalizes the country because “power” is conceived as future rent seeking potential. The second subindex measures “value” creation through production, exchange, human capital development, creative destruction, free competition, innovation and the like. “Value” extraction is conceived as transfers away from value creators evidenced by tariffs, regulation, theft, discrimination, monopolies, subsidies and the like.

Without elite business model leadership, there are no vaccines, no Teslas, no e-commerce platforms, no security, and arguably less incentive to engage experts.

This is why “anti-elitism” narratives prove to be unsustainable over the long term. Even political, intellectual or religious movements advocating a class-less society have had to invariably turn themselves into society’s vanguard. Since elites are a given in any country, the question the index address then is not one of “elites” vs “no elites”, but rather one of “low-quality” vs “high-quality” elites. “Are elites value creators?” is the key question we ask.

In some instances, elites are quite dominant, and in EQx are given a middling “power” score. Yet rather than abusing their power, some country’s powerful elites do the exact opposite and produce among the highest value creation business models imaginable.

This is the case of Singapore where capital, labor and producer markets see some of the lowest levels of rent seeking of any nation, as evidenced by a multitude of indicators including trade freedom, globalization and FDI inflows.

In another remarkable case, China’s powerful elites manage to produce the highest levels of value creation relative to (purchasing power parity adjusted) GDP per capita. The country’s elite quality is comparable to some advanced EU states on account of indicators pointing to high levels of productivity growth through innovation (i.e. creative destruction) and to a government that wisely allocates expenditures. As a result of high elite quality, both countries have been positive outliers in the context of economic and technological development.

We have seen with Covid-19 how some emerging countries maintain an elite system that runs in the opposite direction: it is very powerful and uses that power to either give favorable treatment to special interests or extract inordinate amounts of rents from the broad population. Countries can either prosper on account of high elite quality or can stagnate because of low elite quality.

The EQx scores of Europe reflect a deep and interesting split, one that is ignored in the public discourse and is exemplified by Germany and France, who show astonishingly dissimilar levels of elite quality, Germany scoring higher than its neighbor on account of significantly lower levels of rent seeking by both producer and labor coalitions. The policy implication cannot be overlooked: the European Union must assume that rent-seeking models dominate and lurk in many of its member states. Hence, it might not be the European citizens but rather the extractive local elites of certain E.U. member states that benefit from well-intended policies such as the Covid-19 recovery packages.

An underlying theoretical assumption of EQx is that elite quality determines the quality of institutions. Elites that run value creation business models will lobby for institutions that are consistent with the promotion of industry innovation or international trade. Such institutions will make life difficult for rent-seeking elites that distort the economy for us all. Countries with elites that run extractive business models, on the other hand, will suffer from excessive regulation and taxation, obstacles to creative destruction, low and inefficient investments in human capital, education and health care, as well as assorted forms of discrimination, which is an ultimate form of value extraction.

Policymakers and political and knowledge elites must evaluate every new rule and policy through the lens of value creation. The message to economic elites is one of business model transformation: use your expertise and coordination capacity to run increased value creation models.

It is no coincidence that the concept of stakeholder capitalism has captured the imagination of a new generation of business leaders and that nonfinancial metrics are being adopted to help “companies measure and demonstrate their contribution to a more prosperous and fulfilled society and a more sustainable relationship with our planet.” Paraphrasing Joseph Schumpeter: Elites are capable of rising the welfare of all social classes and therefore they must strive to do so.

Tomas Casas Klett is a professor at the University of St. Gallen and also directs its China Competence Center (FIM-HSG). Lee Howell is a managing director at the World Economic Forum.