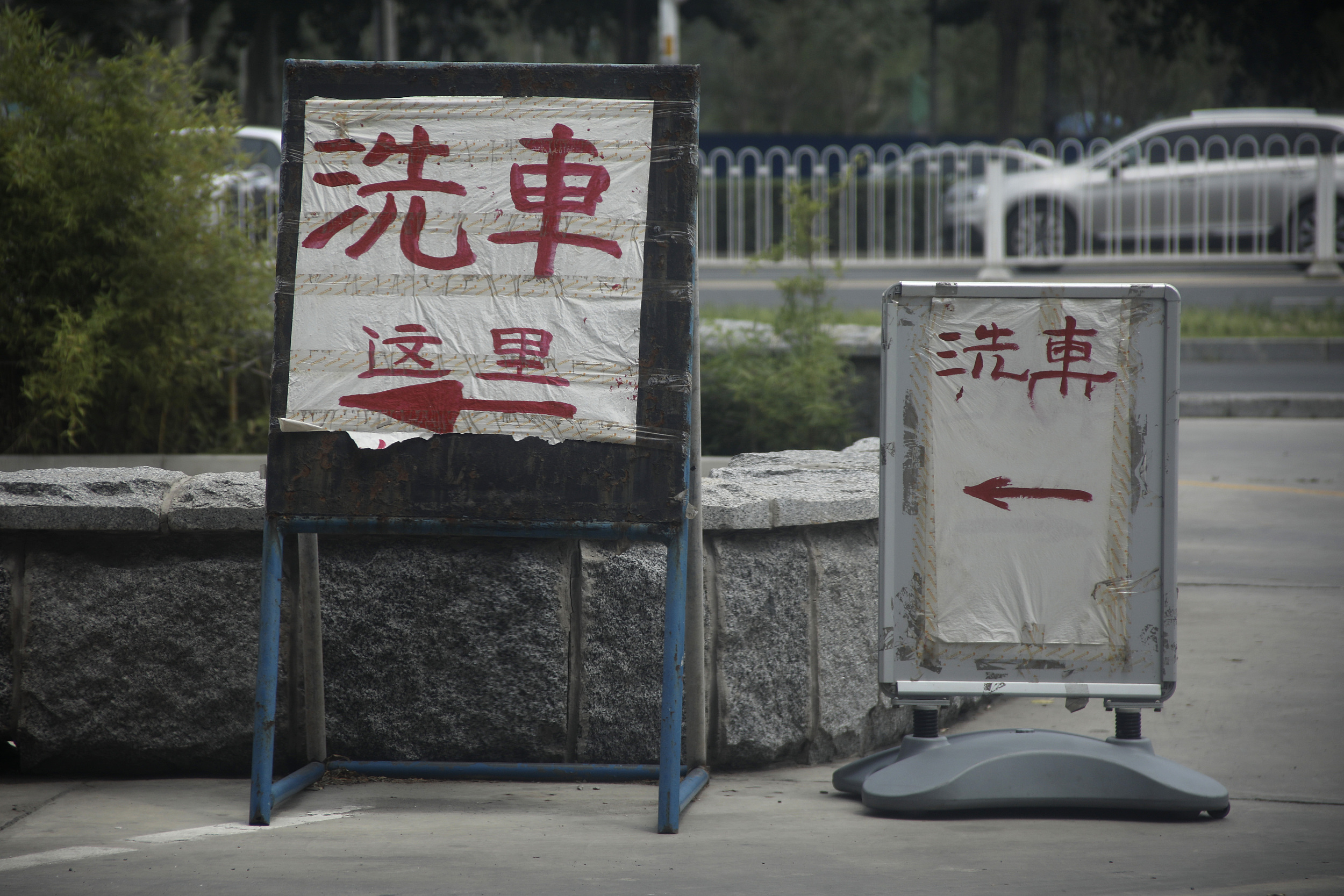 #沙尘过后洗车店生意火爆 While the worst sandstorm to hit parts of China in a decade brought misery to millions, they literally brought profit to others. Car washers have been cashing in on the increased demand for their services as car owners in Beijing have been queuing for over an hour to get their vehicles nice and clean. The hashtag #Car-wash-service-surges-after-the-sandstorm has trended online since Tuesday, attracting more than 10 million views and thousands of comments.

On Tuesday, hundreds of thousands of citizens needed to get their cars cleaned after a thick brown dust shrouded Beijing and sent the city’s pollution levels off the chart.

In one video filmed by local media platform Feidian, a car wash shop near Dougezhuang in Beijing is seen being overwhelmed by car owners. One car owner in the long line talked about waiting for over an hour.

“We have been washing over 400 cars in just one morning,” a car washer says in the video clip, adding that with so many customers still waiting outside, the workers would have to take their lunch in shifts in order to wash them all.

What people are saying online?

The crowded car wash scenes attracted many Weibo comments. While a large number of people on social media made jokes such as, “The owners of car wash businesses are the last winner standing after the sandstorm,” and “Finally, we found the business that may benefit from such a terrible weather,” many expressed concern after experiencing the record-breaking sandstorm. “I would rather not to see such a surge brought by extreme weather conditions at the car wash,” read one comment.

Meanwhile, many questioned if it is the “right time” to get a car wash as according to domestic weather monitoring, the possibility of more dusty weather remains, which indicates that another round of air pollution may hit the city soon. “It is too early to get their cars washed,” wrote one of most popular comments, “The dusty weather may come back any time.”