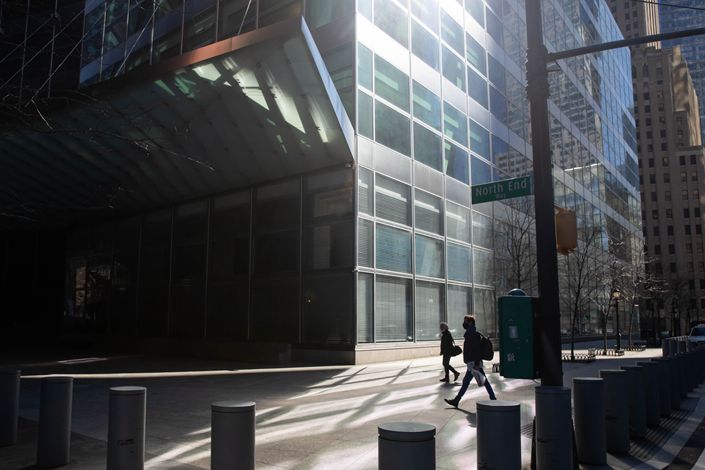 The bank’s “cross currency outstandings” rose 33% to $17.5 billion last year in China, covering a broad array of cash and financing to companies and government entities, according to an annual filing. Together with Citigroup Inc., JPMorgan Chase & Co., Bank of America Corp and Morgan Stanley, the five big U.S. banks had $77.8 billion in exposure, up 10% from 2019.

China’s financial markets are a potent lure for the world’s biggest banks, with billions of profits on the line in investment banking and wealth management. But they also face an opaque regulatory environment and a tense political climate that has deteriorated over the past years and that’s unlikely to see major improvements under the Joe Biden administration.

The banks are “drawn to strong economic performance like moths to a flame,” said Brock Silvers, chief investment officer at Kaiyuan Capital.

Europeans banks are also keen to boost investments. London-headquartered HSBC Holdings PLC is increasingly pinning its future to Asia, with plans to invest at least $6 billion across the region, including China.

Credit Suisse Group AG is seeking to gain full control over its securities venture and plans to double its headcount and revenue in the world’s fastest growing major economy. UBS Group AG also wants to double its China footprint in three to five years, and is seeking to deepen control over its Chinese securities unit. Barclays Plc Chief Executive Officer Jes Staley said on Tuesday the bank is looking to build on its small presence in China, while continuing to invest in capital markets, an area that has brought in strong growth during the pandemic.

But challenges abound. Foreign banks have to navigate a murky regulatory system. Despite China allowing them to apply for full ownership of their partnerships a year ago, none of them have yet been able to secure that. They also have to battle with uncertainty -- as was the case when Ant Group Co.’s initial public offering was derailed days before its scheduled trading debut, putting millions in fees at risk.

Here’s a rundown on the presence of big U.S. banks in China and their plans.

The New York-based firm opened its Beijing office in 1994, marking the start of a permanent presence on the mainland. It started the process of getting clearance from regulators to take full control of Goldman Sachs Gao Hua and signed a definitive agreement with its partner to buy the 49% of the venture it doesn’t own, according to a memo late last year.

The move will end the 17-year collaboration with Beijing Gao Hua Securities. It also gives the firm free rein to pursue an expansive growth strategy that includes boosting its workforce in China to 600 and ramping up in asset and wealth management.

A Goldman spokesman said the firm currently has 70 new positions in mainland China that it’s looking to fill.

The bank’s total exposure to China rose 10.4% to $21.2 billion as of Dec. 2020, driven by trading and investing, which includes market-making inventory and securities, according to its filing.

JPMorgan raised its stake in its Chinese securities joint venture to 71% late last year, racing with Goldman Sachs to become the first foreign bank to attain full ownership. It plans to expand its asset and wealth management business as well as its corporate and investment bank, according to a results presentation.

Citi first established an office in Shanghai in 1902 and has a footprint across 12 cities across China. Its total exposure to China — which includes multi-national companies doing business there — rose 16.6% to $21.8 billion as of the fourth quarter 2020. This was driven by increases in investment securities and consumer banking loans.

The bank is planning to include an investment banking unit in China as the nation opens up and liberalizes its financial markets, a person familiar said in October last year. China represents 1.3% of Citi’s total global exposure.

“We continue to support our clients across China, including banking 70% of the Fortune 500,” said a Citi spokesman.

Morgan Stanley’s net exposure to China fell nearly 5% to $3.9 billion as of end December 2020 from the previous year, as it cut back on loans and lending commitments, according to its filing.

Morgan Stanley has a 51% stake in its China joint venture, while Huaxin Securities holds the remaining 49% stake. In February, the bank’s partner, said that it plans to sell a 39% stake in the venture, opening up for further control.

The firm has moved in staff from abroad to take the majority of key roles at Morgan Stanley Huaxin Securities Co., and eventually take full control. Morgan Stanley is seeking to build out an onshore brokerage and will also expand its asset management partnership.

A Morgan Stanley spokesman declined to comment on the filing.

Also cutting back was Bank of America, which saw its net exposure to China fall 13.9% to $13.4 billion as of Dec. 2020 as it reduced funded loans and unfunded loan commitments amid a broader attention to risk during the pandemic, according to the Feb. 24 filing.

The net exposure also includes securities and other investments.

The Charlotte, North Carolina-based lender said in the filing that in light of the global pandemic, it was “monitoring its non-US exposure closely,” particularly in countries where restrictions on activities to contain the spread of the virus have affected economic activity.

A bank representative declined to comment beyond the filing.