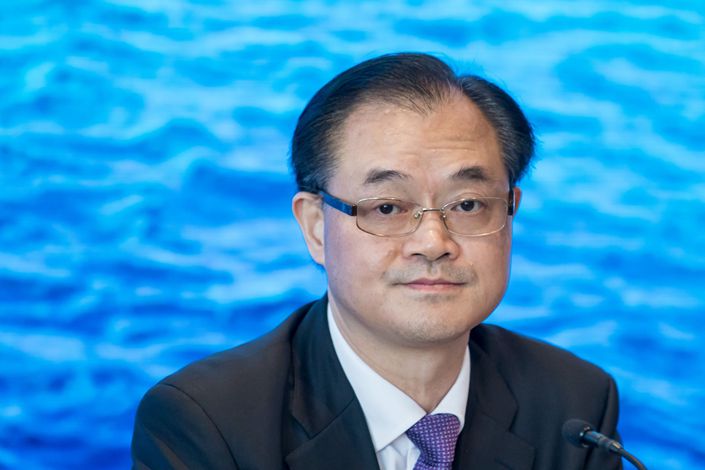 Liu Guiping at a news conference in Hong Kong in March 2019. Photo: Bloomberg

The suggested new law should make it clear that the Financial Stability Development Committee is in charge of planning and organizing work related to risk prevention, Liu Guiping, deputy governor of the People’s Bank of China (PBOC), said in an article published Tuesday by China Finance, a magazine run by the PBOC.

The proposal comes as policymakers look to shift their focus back to controlling risks and and debt in the economy, which is set to rebound this year. Building a system to prevent systemic financial risks will be the priority of the central bank’s work over the next five years, Deputy Governor Chen Yulu said earlier this month.

Under the proposed law, all departments and local governments would have to carry out the FSDC’s high-level directions, with everyone’s responsibilities more clearly defined by the law, Liu wrote. Liu is a delegate to the National People’s Congress and submitted a legislative proposal on this topic at the most recent session, according to the article.

“The prevention and resolution of financial risks requires a solid legal foundation,” wrote Liu. “There’s no time for us to delay in establishing a unified, orderly, efficient and authoritative legal system for maintaining financial stability.”

Financial risks have been piling up in China for a long time, creating a grim challenge to financial stability, Liu said, adding that there is still vulnerabilities in the system.

Current regulations regarding risks are scattered among separate laws, loaded down with abstract principles, and implemented by different government departments, Liu said. He called for setting up ‘capital pools’ to deal with risks, improving the ‘loss-sharing mechanism,’ and breaking the implicit guaranteed payment, although he didn’t go into detail on these proposals.