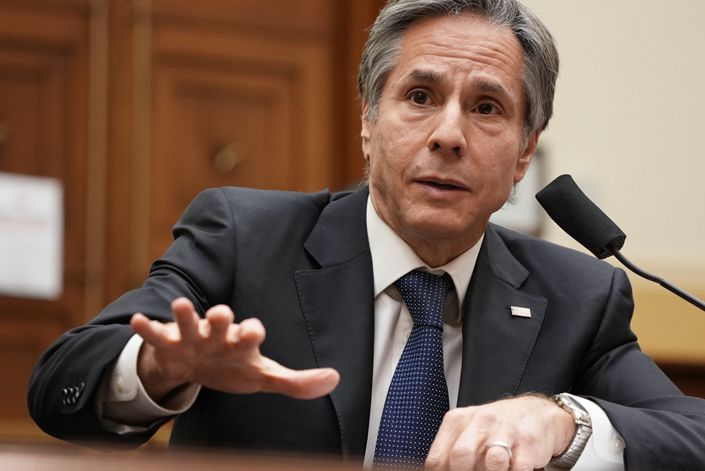 (Bloomberg) — The Biden administration won’t demand that its allies make a choice between the U.S. and China, Secretary of State Antony Blinken said, offering the most cogent explanation yet for efforts to restore alliances after four years of “America First.”

“The United States won’t force our allies into an us-or-them choice with China,” Blinken said in a speech at NATO headquarters in Brussels on Wednesday. “We will rely on innovation, not ultimatums.”

The U.S. wants to out-compete with China, not simply seek to defeat it, Blinken said. The top American diplomat said that the U.S. and its allies need to come together to develop technologies when the benefits of trading with China must be weighed against the risks.

“Consider 5G, where China’s technology brings serious surveillance risks,” he said of the new wireless technology that China’s Huawei Technologies Co. Ltd. may dominate. “We should bring together tech companies from countries like Sweden, Finland, South Korea, the U.S., and use public and private investments to foster a secure and trustworthy alternative.”

NATO Secretary General Jens Stoltenberg said Wednesday that the 30-nation alliance needed to adapt to the growing threat from China, saying the country’s rise had “dire consequences” for the security of its members. At the same time, he said there was room for cooperation in areas such as climate change.

“The rise of China is changing the global balance of power,” Stoltenberg said in an interview on Bloomberg Television. “We need this balance of addressing the challenges but at the same time engaging with China where we see the opportunity of working with them.”

The U.S. still says North Atlantic Treaty Organization members should boost their defense spending to 2% of gross domestic product by 2024, a goal of the alliance that became a key demand under former President Donald Trump. But Blinken said there are other ways to measure allies’ commitments, suggesting President Joe Biden’s administration is prepared to offer some leeway.

“We must acknowledge that because allies have distinct capabilities and comparative strengths, they will shoulder their share of the burden in different ways,” Blinken said.

The speech is part of a visit with NATO, European Union and Belgian leaders that Blinken is using to repudiate the Trump-era approach in which the U.S. demanded that other countries boost spending immediately and choose between the U.S. and China. In one example, Trump’s administration warned countries that they might risk access to U.S. intelligence if they incorporated China’s 5G technology into their next-generation telecommunications networks.