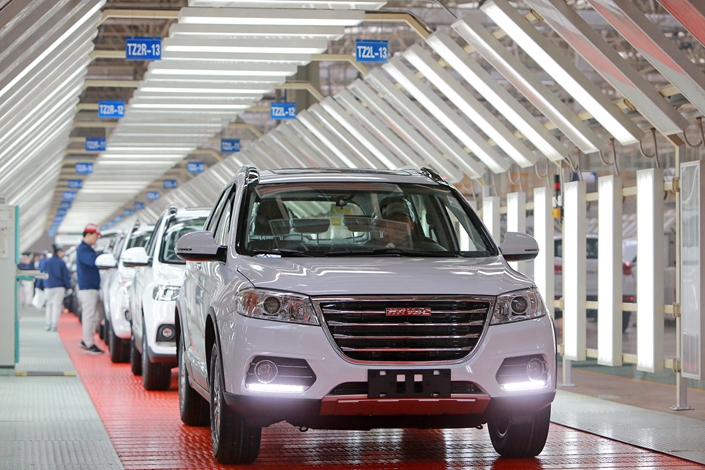 The company will also deploy its hydrogen-powered cars during the Winter Olympics in China next year, Zhang Tianyu, head of FTXT Energy Technology Co., a Great Wall subsidiary, said in the city of Baoding on Monday during a media briefing to outline the automaker’s hydrogen strategy.

Great Wall has invested 2 billion yuan ($305 million) over the past five years to develop hydrogen power-related technologies that can be used for vehicles as well as marine and rail transport, Zhang said. Founder Wei Jianjun added that Great Wall will invest another 3 billion yuan over the next three years and plans to become a top-three seller of hydrogen-powered automobiles by 2025.

“Development of the hydrogen-related industry will move forward as quickly as that for electric vehicles,” Wei said.

Great Wall has been stepping up spending to transform from a traditional vehicle assembler to a technology-driven mobility company. It unveiled its Smart Coffee brand in July, calling it the “digital engine” of its transition, covering autonomous driving, electrical systems and smart cabins. The company last month said it will work with Beijing-based Horizon Robotics Inc. to develop intelligent driving technologies, including self-driving systems.

China, the world’s biggest car market, is promoting the development of hydrogen-powered cars, trucks and buses, with the central government offering to reward cities that achieve adoption targets. In a 15-year plan for new-energy vehicles released in November, China’s State Council said the country will focus on building the fuel-cell supply chain and developing hydrogen-powered trucks and buses. President Xi Jinping in September set a 2030 deadline for China to begin reducing carbon emissions.

Electric vehicle pioneer Elon Musk has famously dismissed hydrogen cars as “mind-bogglingly stupid.” Earlier this month, the Tesla Inc. chief executive pushed back against views that hydrogen was the future, telling an audience in China that instead he was a big believer in solar and wind paired with stationary battery storage, and all transport being electric, with the exception of rockets.

Hydrogen is cleaner than gasoline and doesn’t require a massive battery or the expensive lithium and recycling headaches that go with it. However, producing the fuel is expensive, both in carbon and dollars.

China wants 1 million fuel-cell vehicles on the roads within a decade and is spending hundreds of millions of yuan to subsidize purchases and spur research and development. As seen with battery-powered cars, a slew of startups and established companies are trying to capitalize on the policies.

Responding to government initiatives, China’s biggest automakers are accelerating their push into alternative energy. SAIC Motor Corp., the largest Chinese automaker, said last year it plans to gain 10% of China’s hydrogen-vehicle market by 2025. The company will add at least 10 hydrogen models over the next five years, it said.

The nascent hydrogen-vehicle market globally is dominated by companies such as Toyota Motor Corp. and Canada’s Ballard Power Systems Inc.