Opinion: What the Dollar’s Appreciation Means 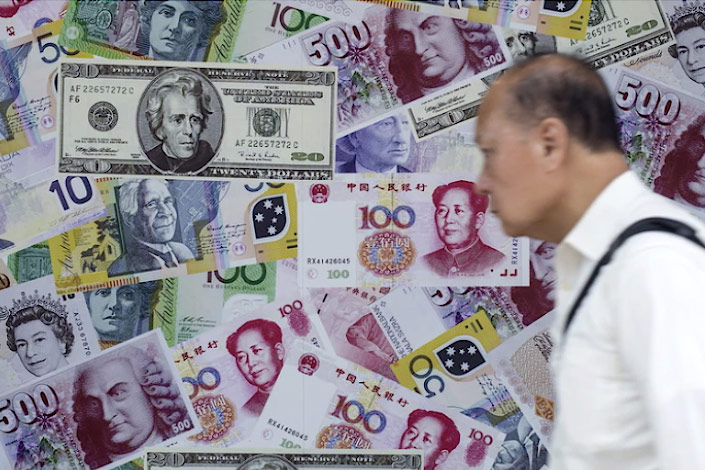 Early 2021 saw tumult in global financial markets. 10-year U.S. Treasury yields almost doubled from a low of 0.9% to 1.7%, triggering corrections in global equity markets. Commodity and housing prices have risen. Inflation and capital flow pressures have forced emerging market economies such as Turkey, Brazil and Russia to raise interest rates. The dollar index has climbed to 92 from less than 90. Will the dollar appreciate in 2021 in a sharp reversal of Covid-19-led weakness? What challenges will this bring to the financial markets and monetary policy in emerging economies?

Three reasons behind the dollar’s U-turn

The dollar index fell 6.7% back in 2020, a trend that was closely related to the euro strength over the same period. In addition to effectiveness in battling Covid-19 last year, the EU’s agreement on a 750 billion euro ($884 billion) recovery fund marked a breakthrough of long-awaited fiscal coordination that boosted optimism about the bloc’s economic recovery. As a result, the euro rose by 8.9% against the dollar in 2020.

However, a sharp reversal followed in 2021 as Joe Biden’s election marked a shift in U.S. public health and economic policy.

First, the United States has been quick to roll out vaccines.

Biden has promptly introduced prevention and control measures such as isolation, masking mandates, medical treatment and large-scale vaccination, which effectively brought Covid-19 under control. Daily new cases in the U.S. dropped from more than 200,000 in early January to between 50,000 and 60,000 over past weeks.

On the other hand, the United States is well-positioned in the vaccination race. 100 million doses of vaccines have been administered so far, accounting for a quarter of global vaccination. In contrast, vaccination in Europe is slow, while it is just starting in Africa. In the second half of 2021, the United States is expected to be the first country to reach herd immunity. Prevention and control go hand in hand with vaccination, meaning that the pandemic could subside soon. These are the underlying drivers of the U.S. recovery and dollar appreciation.

In 2020, Europe’s effective control of the coronavirus and the introduction of stimulus fueled the sharp rise in the euro. But this year, as the United States led the recovery, the Fed and the OECD raised full-year U.S. growth forecast to 6.5%, much stronger than Europe and Japan.

In addition, following the $1.9 trillion stimulus, the Biden administration is likely to announce a $3 trillion infrastructure program, covering traditional infrastructure, green energy, education, social security and others. Once the new infrastructure program takes effect, it will also boost investment and economic growth in the United States. The Wall Street consensus is that the U.S. economic growth this year will be much higher than the official forecast of 6.5%. Some institutions even compare U.S. growth this year with China’s.

Since the financial crisis, central banks in developed economies have adopted ultra-easy monetary policy, including zero interest rates, negative interest rates and quantitative easing, none of which was able to push core inflation upwards. Treasury yields have been low for a long time. Yet this time could be different: as the current round of U.S. economic recovery was built on large-scale stimulus that supported the demand side, prices rose and inflationary pressure increased dramatically. For example, the U.S. personal consumption expenditures price index increased 1.5% year-on-year in January, which was close to the pre-pandemic level. Oil and other commodities soared in price, while U.S. capital market and real estate prices were also moving higher.

In addition, the recovery in high-contact service sector as the pandemic abates is likely to push up prices. 10-year U.S. Treasury yield has quickly moved up from below 1% to 1.75%, and the momentum will support a stronger dollar.

How a strong dollar and inflation affect markets

Emerging markets are plagued by Covid-19, and due to their disadvantage in vaccine distribution, low per capita vaccine coverage and low vaccination rates, there is a risk of the coronavirus resurging. Forced to raise interest rates, these countries will see their economic recovery take a bigger hit and their financial market turmoil intensify, making their already fragile economic recovery even more vulnerable.

China represents an entirely different story. As it is the first country to contain the pandemic domestically, China is a global leader in economic recovery. Strong exports from China have greatly made up for the disruptions in global supply chains, while also contributing to a rise in China’s current account surplus. Given China’s continued opening up policy to attract foreign investment, it also retains surpluses in FDI and portfolio investment. As a result, it faces less net capital outflow pressure than other emerging market countries. Meanwhile, China’s monetary policy remains “normal,” keeping its interest rate much higher than developed economies. Therefore, the yuan will most likely undergo a slight appreciation this year. However, the pressure of imported inflation and the dilemma of balancing internal and external monetary policies are causes for concern. That is, in the context of the unsynchronized economic recoveries and policies in China and the United States, domestic monetary policy should not only strike the balance between risk prevention and stable growth, but also pay more attention to the internal and external balance, encourage two-way capital flows and promote yuan internationalization.

As the United States finally embraced the Covid-19 turning point and large-scale stimulus plan prompted strong economic growth in 2021, the U.S. 10-year Treasury yields rose rapidly. The dollar index may well have bottomed out and reversed course. It will likely move sideways before rising again for the rest of the year. This will also put pressure on emerging market countries. After Turkey, Brazil and Russia raised interest rates one after another, more economies such as India, Malaysia and Thailand are expected to follow suit. It is not difficult to imagine that in the post-pandemic era, the global economy will have to face uneven recoveries, divergent policies, and increasingly volatile financial markets.