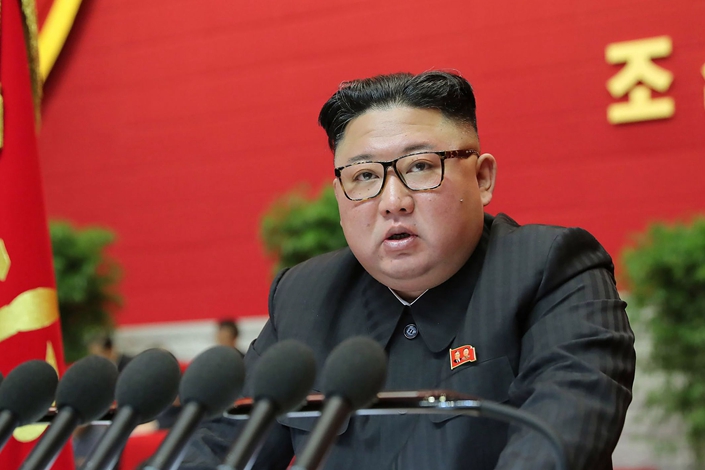 (Nikkei Asia) —North Korea said Tuesday that it will boycott the Tokyo Olympics to “protect” its athletes from the coronavirus pandemic, crushing hopes that the event could be used to spur denuclearization talks with the isolated nation.

North Korea’s Sports Ministry announced that its National Olympic Committee decided not to join the Games in a meeting on March 25. The isolated nation is the first country to officially pull out of the Tokyo event.

The Tokyo Games were postponed last year because of the pandemic — a delay hastened when Canada and Australia simultaneously announced they would withdraw. While North Korea’s decision is not likely to have any impact on the holding of the Olympics, eyes will be on the U.S. introducing its team at a three-day media summit starting Wednesday.

“The National Olympic Committee of the Democratic People’s Republic of Korea discussed and decided not to participate in the 32nd Olympic Games to protect athletes from the global health crisis by the vicious virus pandemic,” the ministry said in a statement.

North Korea officially maintains it has had no Covid-19 cases, but has taken tough measures since early last year and has closed its borders.

The announcement comes a few days after the U.S., Japan and South Korea officials met in the U.S., and vowed to cooperate closely to counter Pyongyang’s provocations. The Biden administration is set to announce soon its new North Korean policy, which analysts expect to be more hawkish than that of the previous Trump government.

South Korean officials had hoped the Tokyo Olympics might be a venue to discuss various issues with officials from Pyongyang. North Korea sent athletes to compete in the 2018 Winter Olympics in the South Korean city of Pyeongchang, and formed a pan-Korean women’s ice hockey team with the South.

Kim Yo Jong, the sister of North Korean Kim Jong Un, used the occasion to become the first member of the Kim dynasty to cross the border into South Korea. Inter-Korean dialogue followed those games, and Kim Jong Un went on to hold summits with South Korean President Moon Jae-in and previous U.S. President Donald Trump.

The announcement on Tuesday comes just days after Seoul sent a proposal for co-hosting the 2032 Summer Olympics with Pyongyang to the International Olympic Committee. The bid came despite the IOC having picked Brisbane as its front-runner.

Polls show South Korean President Moon Jae-in’s left leaning Democratic Party as likely to lose mayoral elections on Wednesday in the country’s two biggest cities of Seoul and Busan. The achievement of long-term peace on the Korean Peninsula has been a linchpin policy of Moon’s since taking office in 2017.