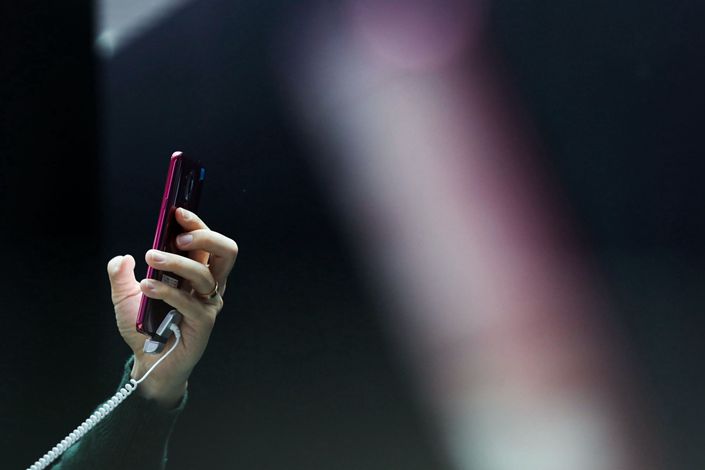 An attendee tries out an LG smartphone during a launch event in Seoul, South Korea, in May 2018. Photo: Bloomberg

(Bloomberg) — LG Electronics Inc. is shutting down its money-losing mobile communications unit in a move to streamline operations and focus on future projects such as electric vehicle (EV) components.

The company will end production and sales of mobile phone products on July 31 to focus resources on growth areas including EVs, smart homes, robotics and artificial intelligence, it said in a statement. Phones constituted 8.2% of LG sales last year and there will be a short-term loss of revenue but the company expects the closure to be financially favorable in the long run. It’ll strength its car-parts business and continue to develop mobile technologies such as sixth-generation networking and cameras, it said.

Shares rose as much as 4.1% in the wake of the announcement. Affiliate LG Display Co. Ltd. also climbed as much as 6.3%.

LG was one of the pioneers of the Android operating system, collaborating with Alphabet Inc.’s Google on the Nexus smartphone line and producing some of the best camera and display technology in the category’s early days. In the U.S., the company was third behind Apple Inc.’s iPhone and fellow South Korean giant Samsung Electronics Co. Ltd., but it hasn’t been competitive for years and Chinese upstart brand OnePlus has since replaced it amid a global loss of market share to overseas rivals.

The company said in January that it would review the direction of its smartphone business, having earlier that month promised it would sell a rollable phone this year. The firm held talks over a potential sale, but negotiations failed due to big differences in valuing technology patents, according to local media reports.

LG has been expanding its vehicle components business and partnered with Magna International Inc. for a joint venture to make key parts for EVs. Shares in the Seoul-based electronics maker soared more than 30% since the announcement, fueled by hopes that the collaboration may contribute to Apple’s EV project. LG’s expertise from developing mobile tech may help its offerings in the auto space, such as with detecting user intent, drowsiness or gesture interactions.

LG Electronics may position itself as an electric-vehicle component solutions provider, boosting its appeal to tech giants such as Apple, and also to traditional automakers aspiring to make ‘smart’ EVs. Narrowing losses at its vehicle-components unit, to 2 billion won ($1.8 million) in the latest quarter, is a sign that it’s on track to a turnaround.

Though Apple has not confirmed it is working on a car project, Magna Chief Executive Officer Swamy Kotagiri said publicly that his firm was ready to build an Apple car at a recent industry forum, according to a Pulse News report.