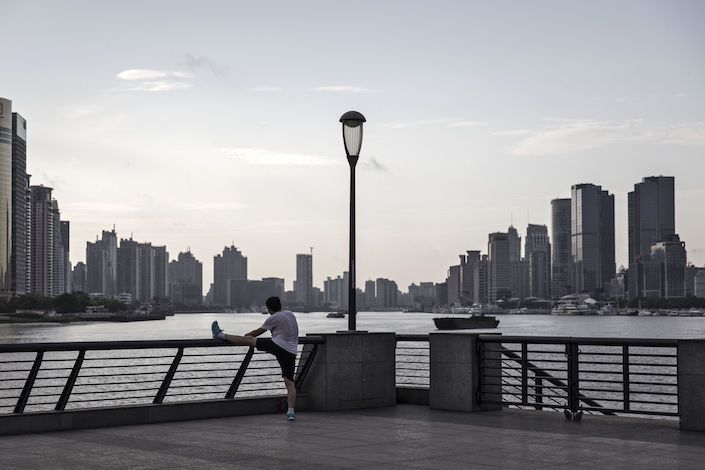 In an emailed response to questions from Bloomberg Friday, the state-owned company said it was making debt payments “on time” and its operations are “normal.” A day earlier, people familiar with the matter said China Huarong prepared a plan to boost profitability that would avoid the need for a debt restructuring or government recapitalization.

While prices for several of China Huarong’s bonds rebounded from their lows Thursday, the securities continue to trade at historically depressed levels as investors look for more clarity on the company’s finances and overhaul plan. The selloff, which spilled over to some of China Huarong’s competitors, has become the latest test of investor faith in China’s state-owned borrowers after a record-breaking surge of defaults last year.

“Too-big-to-fail appears to be an outdated concept in China,” said Deng Hao, chief executive of Beijing GEC Asset Management. For a giant and complex entity like China Huarong, it is risky to assume that the threat of default is low simply because the Ministry of Finance is the largest shareholder, he said. His company does not hold Huarong’s bonds or shares.

What the company is:

China Huarong is one of four state-owned entities set up by China’s government in 1999 to help clean up a banking system riddled with bad debt. It listed in Hong Kong after a $2.5 billion initial public offering in 2015.

The company was left reeling in 2018 after former Chairman Lai Xiaomin was accused of bribery and ultimately found guilty of receiving 1.79 billion ($273 million) in illicit payments. Under his watch, China Huarong expanded into areas including securities trading, trusts and other investments, deviating from the original mandate of disposing bad debt. Lai was sentenced to death in January and was later executed.

China Huarong has started trimming noncore assets amid regulatory pressure to return to its roots. Net income slumped 92% in the first half of 2020 from a year earlier as the value of some assets dropped in the wake of the Covid-19 pandemic. The company’s market value tumbled to about $5 billion from $15 billion when it listed.

Trading in China Huarong shares and structured products was halted in Hong Kong April 1, when the company said its 2020 financial results were delayed because its auditor needed more time to finalize a transaction.

The bad-debt manager submitted an overhaul plan to regulators and received positive initial feedback, according to people familiar with the matter who asked not to be identified discussing private information. China Huarong is still determining the value of its stakes in some onshore and offshore units and finalizing which ones will be sold, part of the reason it held off releasing 2020 results, the people said. The company is also awaiting final approvals from Chinese authorities.

While China Huarong’s debt recouped some losses after Bloomberg reported details of the overhaul plan Thursday, yield spreads over comparable Treasuries on several dollar bonds were headed for record closing highs Friday, a sign of persistent investor skepticism. Bonds due 2030 indicated at about 420 basis points over Treasuries, compared with 208 basis points at the end of last month, Bloomberg-compiled prices show. A basis point is a hundredth of a percentage point.

Some yuan bonds of Huarong Securities Co., a unit of China Huarong, also plunged to record lows in the onshore market this week, prompting the brokerage to put out a statement reassuring investors that its business environment and operations have had no major changes recently.

China Huarong is deeply intertwined in the nation’s financial markets. A restructuring of the business would be the highest-profile reorganization of a Chinese state-owned financial institution in recent years.

The failure to report annual earnings on time fueled speculation that the company may have problems unknown to investors. Uncertainty over China Huarong’s planned overhaul may raise refinancing risks for the company and its subsidiaries. Investors are paying close attention to any signs of government intervention after Chinese officials recently began dialing back financial support for some state-owned enterprises (SOEs).

SOEs defaulted on a record 81.5 billion yuan of domestic bonds last year, according to data compiled by Fitch Ratings, though most of the companies were affiliated with local or regional governments.

What the company says:

On a brief call after the earnings delay was disclosed, China Huarong executives including Vice President Wang Wenjie told investors the business was operating normally. They said it was inappropriate to publish an unaudited financial report that could not accurately reflect its financial performance.

Management also highlighted the bright prospects of the distressed-asset sector due to an expected rise in demand for dissolving financial risk and flagged opportunities in areas such as corporate mergers and reorganization, bankruptcy restructuring and mezzanine investment. The company didn’t elaborate on its plans in its brief statement Friday to Bloomberg.

Fitch Ratings maintained its A rating and stable outlook on China Huarong in its most recent report published in June. The assessment “reflects the government’s ownership and very high level of control, which indicates close linkages between the company and its sponsor,” Fitch said.

Moody’s Investors Service maintained its A3 rating in a credit opinion released in December. The assumption of a very high level of government support takes into consideration its ownership structure and strategic importance, Moody’s analysts said in the report.

Fitch declined to comment when contacted by Bloomberg via email, and a Moody’s analyst wasn’t immediately available.

What traders are watching:

China Huarong’s bonds are now in focus. The enterprise and its subsidiaries have $42 billion of offshore and local bonds outstanding, 41% of which will come due by the end of next year, according to Bloomberg-compiled data. Offshore bondholders may bear the brunt of the fallout if China Huarong faces repayment difficulties because dollar bonds make up about $22 billion of the outstanding notes.

Investors are closely monitoring progress on China Huarong’s financial plans and any gestures of potential central government support for the company. They are also watching for indications that investor angst is spilling into the broader credit market as well as signs that Chinese banks may change their lending policies to China Huarong.