Opinion: China Should Stay Cautious as It Flirts With All-In Middle East Strategy 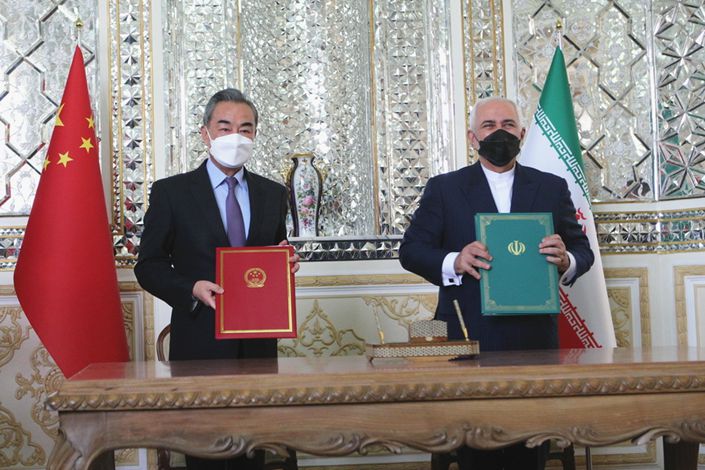 If Southeast Asia is the next battleground for the simmering U.S.-China rivalry, the Middle East is the opposite — an advancing China is eager to play a greater role, while the U.S. has every reason to scale back, if not withdraw, its presence as it shifts to a more focused and targeted competition with China.

Chinese Foreign Minister Wang Yi’s latest visit to the Middle East took place against the backdrop of a less ambitious but more assertive Biden administration pulling together alliances and getting its house back in order.

The liberal-oriented administration hopes to restore U.S. ideological influence and retake the moral high ground that had been cast away in favor of the transactional gains sought by the Trump administration. As a result, the new American administration is showing more teeth in its dealings with increasingly authoritarian Middle Eastern regimes.

What is more, the energy revolution at home and the gathering sense of Middle East quagmire have combined to encourage the U.S. to reduce its footprint in this region.

Being acutely aware of the adjustment on the part of the Biden administration and its consequential regional implications, China put its previous caution on the back burner and doubled down on expanding its influence in the Middle East. Another reason for China’s boldness is its persistent concern about energy security, so it will seize every opportunity to secure supplies overseas.

If history is any guide, however, no great power can reap the harvest without making a huge down payment. The question, then, is what price tag is China willing to pay to connect all the available dots to blunt initiatives launched by the Biden administration?

If strategic caution has been the hallmark of the previous Chinese Middle East policy, a 25-year Iran agreement indicates that China is less risk-averse and more willing to go all-in on filling the void left by the U.S.

At the moment, China appears willing to sacrifice its short-term economic interests by slapping sanctions on European, British and Canadian entities and individuals in order to preempt further encirclement by U.S. allies or partners.

That said, placing a big bet in the Middle East is another matter entirely, one which is incomparable in its size and scope relative to Chinese short-term interests. China has to exercise caution again at this crucial moment to avoid making the same mistake of overreaction that the U.S. committed.

As a Chinese proverb says, one need not to look far for a lesson.