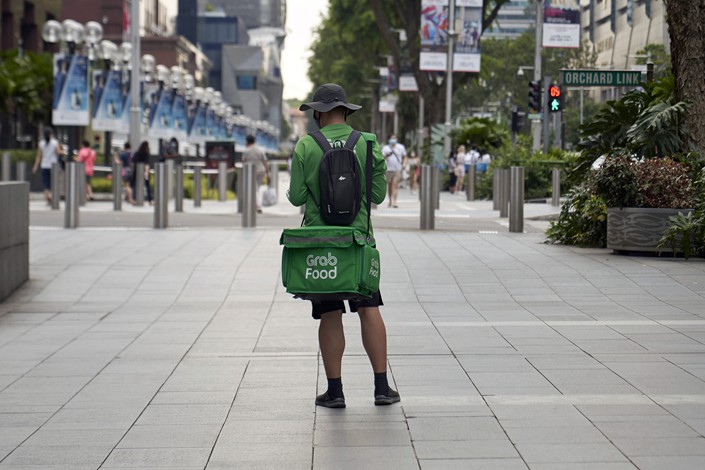 Straits Times — Singapore-based ride-hailing company Grab has bought a stake in Indonesian technology and media conglomerate Emtek, a signal that their digital payment firms OVO and DANA may be merged.

Softbank-backed Grab bought a stake of around 4%, valued at more than 4 trillion rupiah ($273 million), in a recent private placement sale of Emtek shares, a person who helped with the transaction told The Straits Times.

On April 5, Emtek announced it had completed a 9.3 trillion rupiah private placement, with Naver Corp., South Korea’s largest web search engine, and an investment company called H Holdings Inc. being the buyers of the shares that represent about 8.4% of the company’s enlarged capital.

“Grab bought via H Holdings,” said the person who spoke on condition of anonymity. The proceeds of the private placement would be used to expand business as well as to help fund daily operations, Emtek said in a filing to theIndonesia Stock Exchange.

After the private placement, major Emtek shareholders had their holdings diluted. For instance, founder Eddy Sariaatmadja’s ownership fell to 22.96% from 24.9%. Another major shareholder is Anthoni Salim, who is among Indonesia’s richest tycoons.

Emtek’s Managing Director Sutanto Hartoto did not reply to written queries sent by The Straits Times about Grab’s investment and a possible merger of the two digital payment firms. Grab also did not give an immediate response to similar queries.

Indonesian stock market regulation requires any ownership of 5% or above in a publicly-listed company to be disclosed to the public.

In September 2019, Reuters reported, citing people familiar with the matter, that Grab was in talks to merge OVO, Indonesia’s largest digital payment firm, that it owns, with e-money firm DANA that is backed by Emtek and Ant Financial.

OVO and arch rival GoPay, and another major player ShopeePay, of the Singapore-based tech start-up Sea Ltd, are making their further push to tap on the digital payment industry in the world’s fourth most populous country.

Banking penetration is still low throughout the Indonesian archipelago and digital banking is expected to be a game changer in the country. Some 52% of Indonesian adults, or 95 million, do not have a bank account, according to the World Bank.

GoPay is part of Gojek which in December last year spent $160 million to raise its stake in Bank Jago to 22.16%.

Gojek’s e-wallet customers, who use its ride-hailing application, will have the opportunity to open accounts with Bank Jago, which is launching its app on Thursday (April 15) and is set to become the country’s first full digital bank.

Jakarta-based Bank Jago, in which Singapore’s GIC owns a stake, said on Thursday that a number of product integrations between Gojek and Jago are at an advanced stage. The bank is set to offer investment products as well as loans to online small-and-medium-enterprise merchants that have had stable revenue on their digital track record.

Meanwhile, OVO is an in-app payment service of Indonesia’s second largest e-commerce site Tokopedia, which is set to announce a merger with Gojek by early May. The merger may prompt Tokopedia to sever the strategic partnership with OVO.

Sea Ltd. also acquired Indonesia’s non-listed Bank Kesejahteraan Ekonomi (and renamed it SeaBank) earlier this year, saying this would allow it to serve customers on its subsidiary Shopee, which a few years ago overtook Tokopedia as the largest e-commerce site in Indonesia.

OVO is gearing up to acquire a bank that it can turn into a digital bank.

Sea was eyeing Bank Aladin, seeking to possibly have it as an online partner for its subsidiary Shopee.

This story was first published by The Straits Times