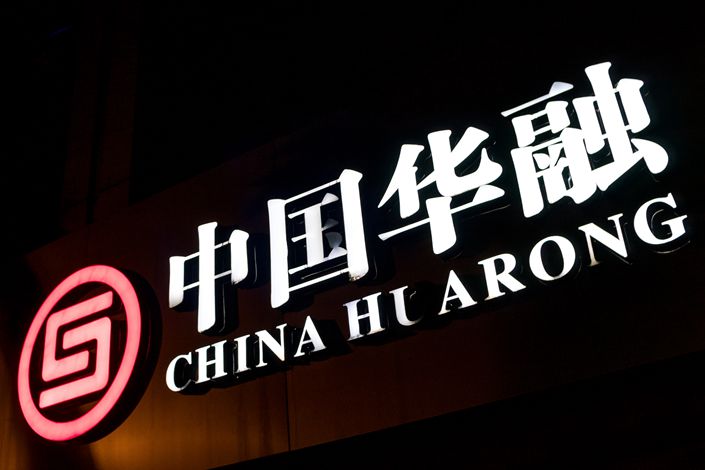 Michael: Concerns about China Huarong’s financial heath and a pending restructuring have fueled a sharp sell-off in the company’s debt and spread to the offshore bonds of its peers, stoking fears of market contagion. Photo: VCG

(Bloomberg) — China Huarong International Holdings Ltd., the key offshore financing arm of the nation’s embattled distressed loan manager, said it returned to profit in the first quarter and has laid a “solid” foundation for transformation as concerns persist over its ability to repay debt.

The unit, which issued or guaranteed most of China Huarong Asset Management Co. Ltd.’s $22 billion in U.S. dollar bonds, will focus on cutting risk exposure and ensuring liquidity, it said in a statement posted on its WeChat account late Tuesday. All its operating indicators are meeting targets, the company said after holding a meeting on Monday to discuss first quarter operations.

The firm’s 5% dollar bond due 2025 rose 1.8 cents on the dollar to 83.8 cents and its 4.5% perpetual note rose 3.8 cents to 77.2 cents Wednesday morning in Hong Kong, Bloomberg-compiled prices show. That pared some of the losses seen the previous day.

Concerns about China Huarong’s financial heath and a pending restructuring have fueled a sharp sell-off in the company’s debt and spread to the offshore bonds of its peers, stoking fears of market contagion. A potential restructuring or default for the bad-debt manager would be China’s most consequential since the late 1990s. Any signs Beijing is rethinking its support for a central, state-owned firm like China Huarong would have deep repercussions for the broader dollar bond market.

The company is majority owned by China’s Ministry of Finance and is deeply intertwined with the nation’s $54 trillion financial industry.

The firm’s dollar bonds sank on Tuesday after Reorg Research reported regulators are considering options for the company that include restructuring the debt of Huarong International. The parent intends to retain its offshore unit as part of an overhaul plan to boost profitability and offload noncore assets, people familiar with the matter had said previously.

The bond declines snapped a three-day rally that accelerated Friday when China’s financial regulator said that the bad-debt manager was operating normally and had ample liquidity. The statement, made after a regular briefing in Beijing, were the first official comments since the company jolted Asian credit markets by missing a deadline to report preliminary earnings on March 31.