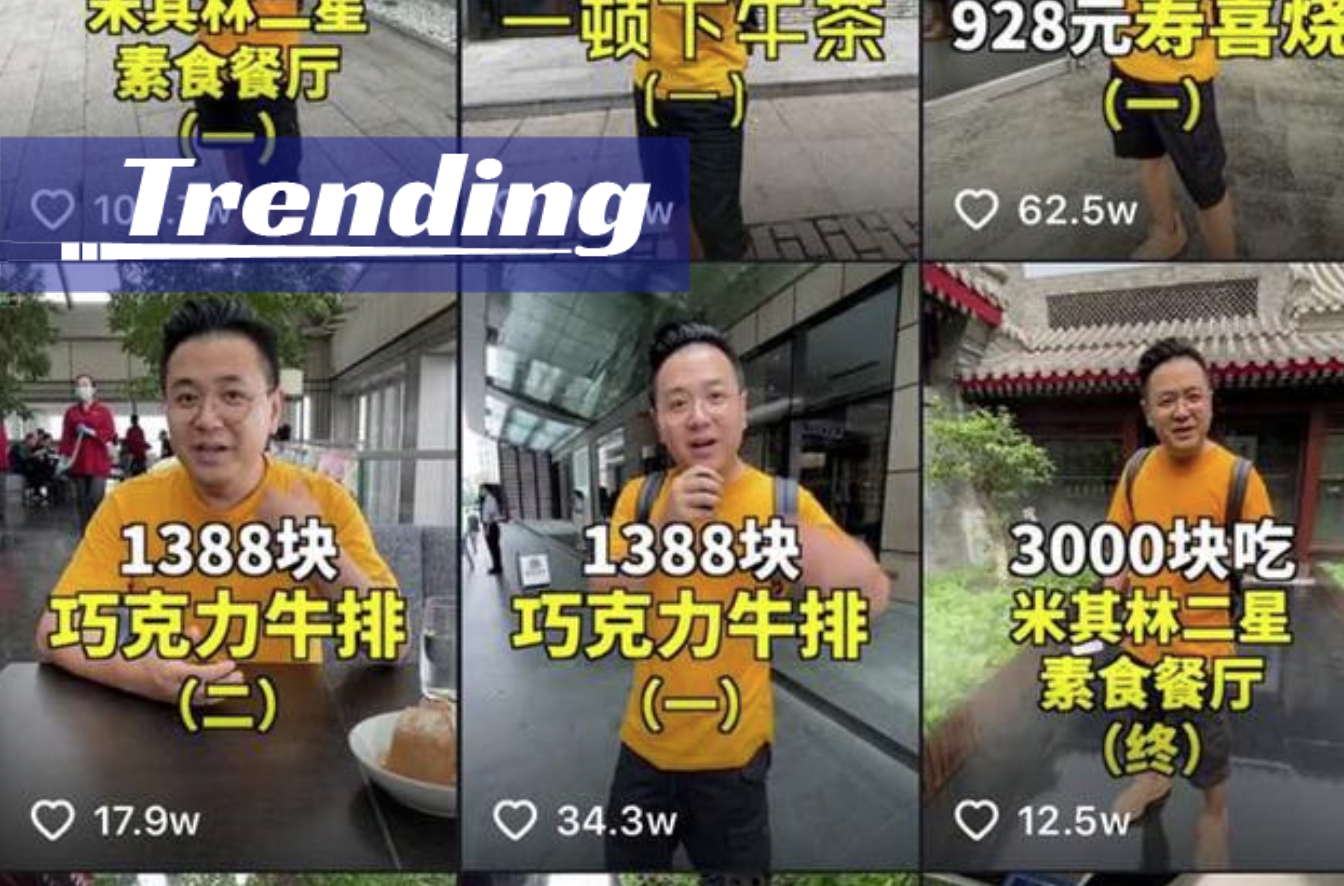 Spending 75,000 yuan ($11,500) for one night in a presidential suite, or spending 1.9 million yuan on the traditional month’s recuperation after giving birth. Just two examples of the expenditure some Chinese online celebrities are being criticized for promoting by video in a report released on Saturday by state newspaper People’s Daily and broadcaster Xinhua News Agency. The hashtag #Vloggers-Flaunting-Wealth-Apologize-And-Delete-Videos-After-Criticism has been viewed 160 million times and received over 11 thousand responses on the Chinese social media platform Weibo.

One popular vlogger called Big Logo, whose latest video on Weibo shows him ordering seafood worth 4,000 yuan in Sanya on the southernmost island of Hainan, was used as an example of viral videos that “flaunt wealth” spending money on goods and services most people in China can only dream of. “Wealth-flaunting vloggers” were accused by state media of blindly chasing [social media] traffic and having a corrupting influence on society. The criticism can be viewed as part of a larger campaign by the government that appears to ebb and flow in the country as it grapples with the challenges of changing values that seem to accompany development and growing consumerism.

Videos categorized as 炫富or wealth-flaunting have become extremely popular on short video platforms such as Douyin and Kuaishou, as well as social media platform Weibo, giving viewers a glimpse of a lifestyle far beyond most peoples’ means. Since the media’s criticism of excessive consumerism this weekend, social media platforms have been full of apologetic young online celebrities, and many videos showing examples of excessive consumption have been taken down. Videos on one of Big Logo’s short video channels reportedly carry the warning, “please consume rationally and establish a healthy consumption outlook.”

Big Logo responded to the matter saying, “the videos mentioned were already taken down last year, and future vlog content will be adjusted and change course.”

Many comments on the story appear to hark back to simpler times, with one saying “Mass broadcast of this kind of video will result in a society full of dissatisfied people.”

Another social media user asks what harm is there in observing other people’s out-of-reach lifestyles, with “So now ordinary people don’t even get the chance to look?”

One commenter points out that the wealth gap was not created by vloggers, only reflected by them, writing “Why try to fix things by attacking the little people? What is it about their freedom, social desires, and values that can be changed by looking to the vloggers?”