China’s Insatiable Demand for Luxury Goods Gets Own Cargo Route 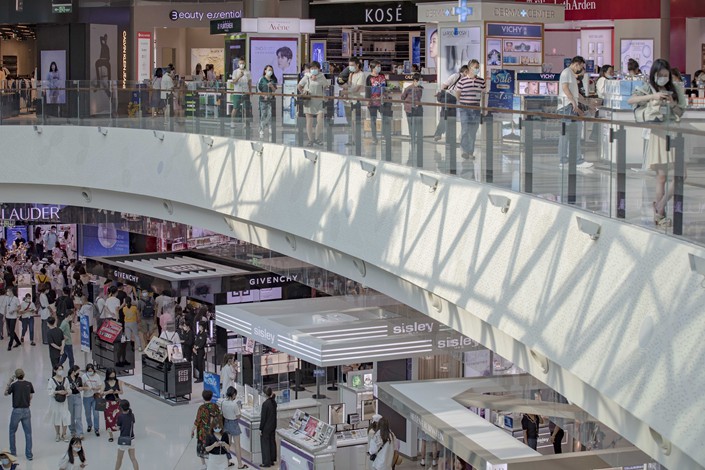 The company plans to run seven return flights a week between Singapore and the southern free trade port, while looking to open additional freight routes between Hainan and other global destinations — like Japan and South Korea — popular with visiting shoppers.

Cainiao’s move to bring more handbags and watches into China as shoppers clear out high-end boutiques comes as companies rush to pivot their strategies to take advantage of the more than $110 billion of luxury spending trapped on the mainland. Before the pandemic halted global travel, Chinese shoppers purchased a majority of their luxury goods abroad on shopping trips.

The surge in spending in Hainan is key for luxury houses relying on Asia as a lifeline to ride out the pandemic. LVMH, which owns Louis Vuitton and Christian Dior, derived almost half of its revenue from Asia in the first quarter, and sales from the region excluding Japan surged a staggering 86% on an organic basis.

The luxury goods market in China grew 48% last year as Covid-related travel disruptions boosted domestic spending, according to a December report from Bain & Co. The consultancy expects this growth to continue, putting China on track to claim the biggest share of the luxury goods market by 2025.

The pandemic has helped achieve the Chinese government’s goal of bringing spending back home and efforts like Cainiao’s will help keep it there even as travel ultimately restarts.

“The Chinese government is sparing no effort” to bring back Chinese spending into China, said Amrita Banta, managing director at luxury consultancy Agility Research. “It pushes local duty free operators to up their game, encourages top foreign operators to enter the market and creates a legal framework which favors local consumption.”

Zhao said Cainiao expects to open direct cargo routes to link Japan, South Korea, Australia and New Zealand to Hainan this year. The company is also considering flights to Europe as a longer-term goal, depending on consumer demand and the pandemic, he said.

He expected the size of Cainiao’s cargo volume through Hainan would grow more than tenfold within three years.

“Hainan will be a pivotal priority for Cainiao’s global supply chain in the coming years,” he said.

Founded by Alibaba in 2013, Cainiao oversees more than 3,000 logistics and shipping partners, orchestrating deliveries carried out by millions of people across China.

Hainan, a subtropical island in the South China Sea with hundreds of beachfront resorts, has allowed duty-free shopping for domestic visitors since 2011 and become an increasingly popular destination during Covid.

China’s government in July tripled the annual limit for such purchases to 100,000 yuan (roughly $15,400) per person and removed a cap of 8,000 yuan for any single product, part of an effort to get wealthy Chinese to shift spending back to China rather than on trips abroad. In early January, Hainan’s duty-free sales averaged 180 million yuan a day — more than three times the year-earlier level — according to the local government.