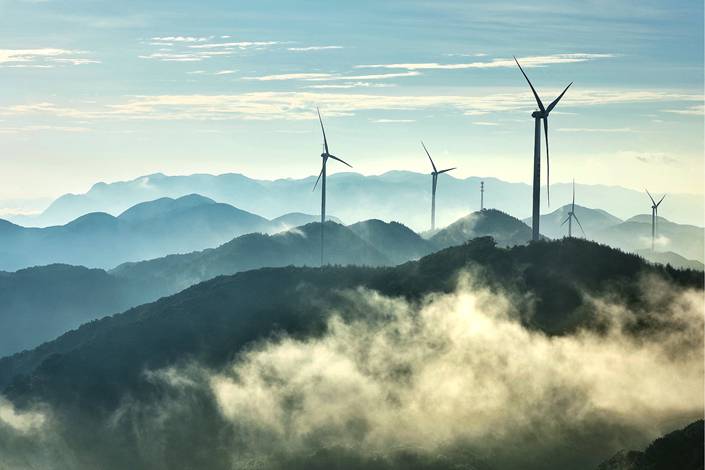 (Bloomberg) — The global climate summit could prove to be a catalyst for a rebound in Asia’s environment-related stocks, which have been underperforming the broader market this year.

Aberdeen Standard Investments Ltd., BNP Paribas Asset Management and Pictet Asset Management are among funds suggesting the summit’s outcome can spark a green rally, after it brought the U.S. back into the global conversation on climate change and spurred new emissions-linked targets from the likes of China, Japan and South Korea.

Asia’s environment-related stocks, which rallied on optimism over the potential impact of U.S. President Joe Biden’s green investment policies following his election in November, have seen those gains fizzle out. The FTSE Environmental Opportunities Asia Pacific Index is lagging the broader MSCI Asia Pacific Index by more than six percentage points in 2021.

“Given the pull back in the sector over the first quarter, this presents an interesting opportunity as stocks are down at the same time that macro conditions are becoming more supportive,” said Edward Lees, a portfolio manager at BNP Paribas. “When looked at alongside the other global announcements we had over Earth Day, that the structural trend of greening economies remains intact.”

The euphoria surrounding green stocks after Biden’s election gave way earlier this year to concerns about excessive valuations and a general rethink of the so-called reflation trade, of which they were a key constituent.

Now, with nations once again pledging to tackle climate change and attempting to meet the goals of the Paris Agreement, there appears to be renewed interest among investors.

Asia’s climate plays tend to focus on the renewable energy supply chain, from utilities to decarbonization technology providers — as well as e-mobility suppliers including battery and automakers — with a majority of stocks listed in China, Japan and Korea.

The initial effect of the summit was positive. Chinese names tied to solar and wind energy rose on Friday while those of coal miners dropped, as President Xi Jinping reiterated the nation’s goal of becoming carbon neutral by 2060 and pledged to reduce coal consumption from 2026. But some of those shares have given up their gains amid a weak start to this week in the broader Chinese market.

In Japan, stocks including energy saving services provider SDS Holdings Co. and eRex Co., which produces electric power from biomass, gained after the nation announced its aim to reduce greenhouse gas emissions by 46% by 2030 from 2013 levels.

The next major catalyst for green investors is likely to be the COP26 conference in Glasgow, which is expected to start in November.

“We might expect more ambitious emissions-reduction targets to be announced by countries that did not do so during this climate summit,” said Jennifer Boscardin-Ching, a client portfolio manager at Pictet. The fact that most major economies are now fully aligned on the need to tackle climate change was her key takeaway from the summit, providing a “multi-decade secular tailwind” that hasn’t been fully priced into markets.

For David Smith, a fund manager at Aberdeen Standard, the summit gave an added impetus to the global shift toward renewables and decarbonization. As such it should be positive for the sector in Asia.

“We continue to be strong believers in green technology in Asia,” Smith said. “There will be very strong demand growth in China and beyond in 2021, and this trajectory will continue.”