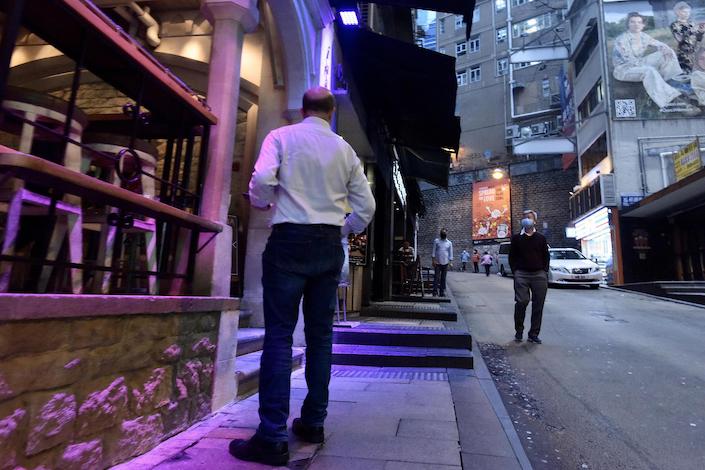 Staff and customers must have received at least a first vaccine dose for the venues to open their doors, Food and Health Secretary Sophia Chan told a briefing Tuesday.

(Bloomberg) — Hong Kong will ease social-distancing restrictions by allowing bars, nightclubs and karaoke parlors to reopen and operate past midnight for vaccinated residents only starting Thursday as the government intensifies efforts to bolster the city’s lackluster inoculation drive.

Staff and customers must have received at least a first vaccine dose for the venues to open their doors, Food and Health Secretary Sophia Chan told a briefing Tuesday. Patrons will need to sign in using Hong Kong’s LeaveHomeSafe app.

The new rules will allow bars and nightclubs to remain open until 2 a.m., she said. Tables will be limited to two people, with four people allowed in karaoke rooms.

The government is also studying a new mobile app that venues can use to identify customers’ vaccination status, Chan said.

“This vaccine bubble is a very important public health measure,” Chan said. “We can have a safe relaxation. But on the other hand, we can also mitigate the risk associated with the relaxation.”

While vaccine supply is abundant in Hong Kong, only about 11% of the population has received at least one dose. The low inoculation rates could hamper the city’s efforts to reach the herd immunity crucial to fully reopening. This prompted authorities to expand access to all adults and come up with measures favoring the inoculated to encourage more people to get shots.

Restaurants will also be allowed to relax table limits and operating hours if staff are vaccinated, Chan said, but only in designated “zones” for inoculated customers.

Capacity at companies’ annual general meetings with shareholders will also be relaxed to 50 people at indoor venues and 100 at outdoor sites, Chan said. Participants ages 16 and above must have completed first vaccine doses, she said.

Pubs have been ordered shut since November, but some have managed to operate until 10 p.m. by getting a license to serve food, while nightclubs have stayed closed. The easing of measures for those vaccinated comes after Hong Kong announced its long-awaited plans to introduce a quarantine-free travel bubble with Singapore next month.